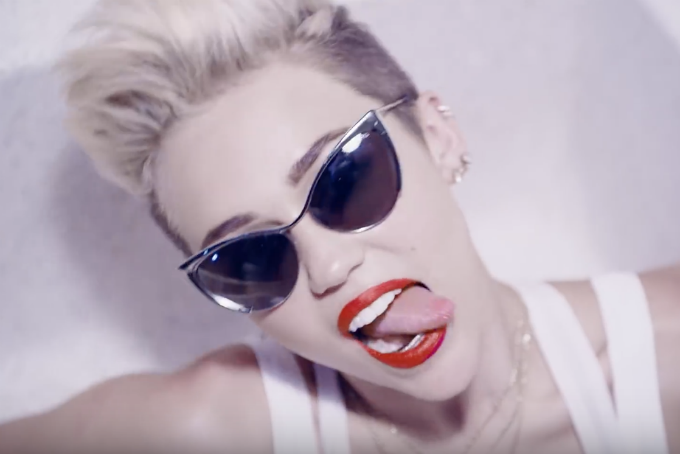 Miley Cyrus has received an official ruling in the lawsuit over her song “We Can’t Stop.” We previously reported that Cyrus was hit with a lawsuit from Jamaican singer Michael “Flourgon” May; he claimed Cyrus’s chart-topping hit “We Can’t Stop” closely resembles his song “We Run Things,” which is a reggae song that hit No. 1 in Jamaica in 1988. The most prominent lyrics in question in the lawsuit are “we run things, things don’t run we,” which is repeated in “We Can’t Stop” three times. The phrase appears in May’s track nine times.

Cyrus and her team originally moved to dismiss the lawsuit back in August of last year, arguing that May failed to state a claim. Alternatively, she asked the court to rule that he can’t recover statutory damages or attorneys’ fees because of the three-year statute of limitations. She argued that the phrase “we run things, things don’t run we” isn’t original enough to warrant copyright protection, that the two songs are not substantially similar and, even if infringement were established, incorporating the lyrics is fair use.

Earlier this year in February, U.S. Magistrate Judge Robert Lehrburger recommended that U.S. District Judge Lewis Kaplan deny Cyrus’s overall motion to dismiss the lawsuit while limiting actual damages in the case. In her order filed last Friday, June 28, Kaplan’s ruling is similar; Kaplan’s order found that the first two arguments are “without merit,” but granted the third, ordering that May not be entitled to statutory damages, attorneys’ fees and actual damages prior to March 13, 2015 — exactly three years prior to the songwriter’s original complaint. This is a huge blow to Cyrus and her team, consisting of Sony Music Entertainment (the parent company of Cyrus’s label RCA), Cyrus’s company Smiley Miley Inc., “We Can’t Stop” songwriters Theron and Timothy Thomas, producer Michael Len Williams II (a.k.a. Mike Will Made-It) and Cyrus’s manager Larry Rudolph.

“With regard to defendants’ third objection, Section 412 of the Copyright Act imposes a bright-line rule barring the recovery of statutory damages and attorneys fees for infringement occurring after registration if that infringement is part of an ongoing series of infringing acts and the first act occurred before registration,” Kaplan wrote in the ruling. “The Court has carefully reviewed this matter and determined that because defendants’ first alleged infringement occurred in 2013 — four years before plaintiff registered the work in question — application of the bright-line rule precluding the award of statutory damages and attorneys fees is appropriate in this case.”

The case is moving forward and the damages for Cyrus and her team could be high. May sued the singer and her team for $300 million.

We will keep you updated as this story progresses.