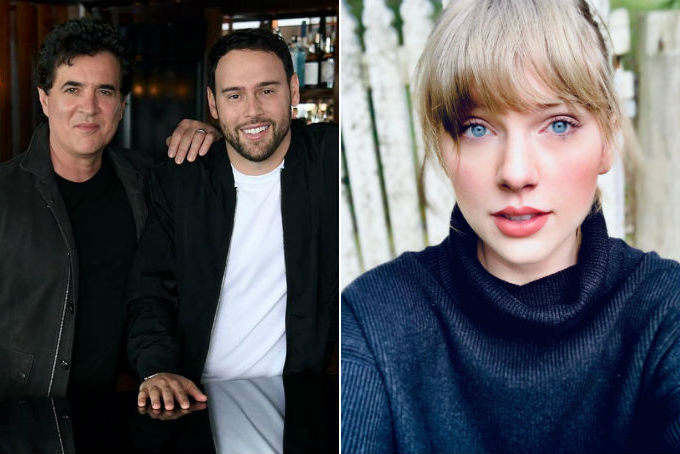 How Swift Learned About the Deal

According to the “You Need To Calm Down” singer, she learned of Borchetta and Braun’s deal via a news report at the same time as the rest of the world, which was one of many points she made in an emotionally-charged post she published online. In the post, she also accused Braun, who manages talent including Justin Bieber, Ariana Grande, Demi Lovato and more, of bullying her over the course of several years.

“Some fun facts about today’s news: I learned about Scooter Braun’s purchase of my masters as it was announced to the world,” the 29-year-old said. “All I could think about was the incessant, manipulative bullying I’ve received at his hands for years. Like when Kim Kardashian orchestrated an illegally recorded snippet of a phone call to be leaked and then Scooter got his two clients together to bully me online about it. … Or when his client, Kanye West, organized a revenge porn music video which strips my body naked. Now Scooter has stripped me of my life’s work, that I wasn’t given an opportunity to buy. Essentially, my musical legacy is about to lie in the hands of someone who tried to dismantle it.