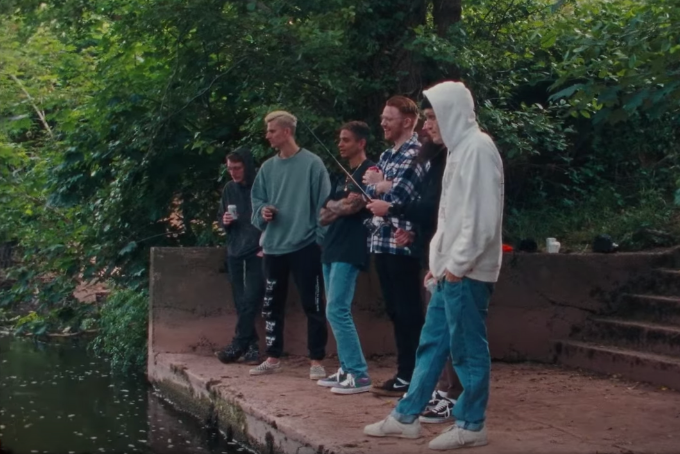 UK pop-punk four-piece Neck Deep are back with their follow-up to their 2017 release The Peace And The Panic. The album reached No. 4 on the Billboard 200, setting their next release up for success. In May, Neck Deep was announced as the opener for Blink-182‘s crossover tour with Lil Wayne. Just days before the tour began, Neck Deep released their catchy track ‘She’s A God.’

The song discusses how your other half can truly save you, not just by being there for you through thick and thin, but by just simply existing. The song compares the relationship to religion and becoming spiritual through love.
Frontman Ben Barlow shared, “‘She’s A God’ is a song that is, pretty much, about worshipping your other half, but for the little things like waking up in the morning and seeing them get ready for the day. Those moments where you’re just in awe of how glorious a person can be. It’s pretty simple, no deeper meaning here, just a love song comparing a relationship to theology.”

The music video is very simple when compared to the lyrics of the song. The visual shows the band in the studio playing and recording the song over film clips of nature and other backgrounds with light and kaleidoscope effects of their recording process. The video is very carefree, showing Ben Barlow singing into the camera with such happiness and joy-filled moments of the whole band in their recording process as a team to create a blissful track.