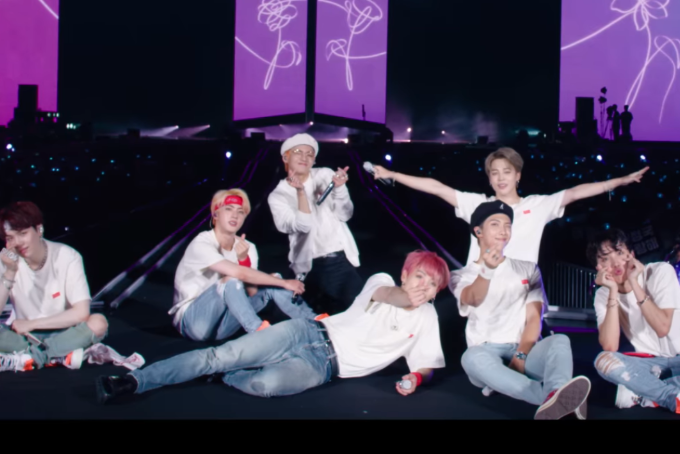 K-pop superstars BTS are coming back to the big screen! On July 3, the group released a trailer for their upcoming feature film, Bring The Soul: The Movie.

The teaser shows live show highlights from the European leg of the group’s Love Yourself tour. We also get to see some behind-the-scenes clips of the members reflecting on the tour and preparing for it. In a powerful statement during one of the shows, group leader RM says to the adoring crowd: “I didn’t know anything about how to love myself. But you guys taught me how to love myself.” The teaser also includes fan testimonials about what BTS means to them. “Listening to their music has helped me move on and I realized that I deserved better,” one fan says.

The film is directed by Park Jun Soo and produced by Big Hit Entertainment and Camp Entertainment. Global distribution is going to be handled by Trafalgar Releasing.

In a statement to Billboard, Trafalgar CEO Marc Allenby said: “Trafalgar Releasing is thrilled to collaborate with Big Hit Entertainment again for Bring the Soul: The Movie, giving fans around the world an intimate opportunity to see the band following their landmark Love Yourself tour. The ARMYs are truly a community, and we are excited to bring them together for an all-new BTS experience in cinemas worldwide.”

The film will be released in theaters on August 7, 2019, and tickets are available now.