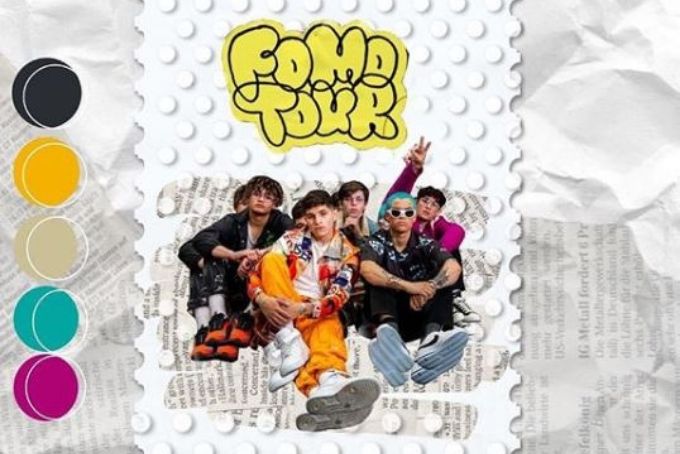 Prettymuch gave fans some music they’ve been waiting for for the Fourth of July weekend. The pop/R&B boy band released a version of their single “Gone 2 Long,” featuring a choir. “Gone 2 Long” is the second single of this new era, following “Phases” from their sophomore EP Phases, which was released in May.

The fivesome posted a snippet of the choir version a while back on social media. They also posted a video to their YouTube channel set on a school bus where the band had an LA event to give fans a preview of the EP. From then on, PRETTYMUCH fans have been waiting for a full studio album.

Whenever the pop/R&B group mentioned “Gone 2 Long,” fans demanded the choir version … and what BEANZ (the PRETTYMUCH fandom name, representing the first letter of each band member’s name) want, BEANZ get. After a little over a month of waiting fans finally received what they wanted, when PRETTYMUCH finally released the choir version of “Gone 2 Long,” showcasing their flawless harmonies, paired with a talented choir in the background. The newer version of the single has a harder, bouncier beat than the original, and yet still presents the boys’ vocals in a more acapella style with the choir emphasizing the upbeat style of the song, especially within the chorus.

The “Would You Mind” artists also announced new music coming soon, which enticed fans even more as the band’s getting ready for its North American FOMO Tour, kicking off in Texas on Thursday.

The choir version of the single is now available on all streaming platforms and tickets for the group’s upcoming tour can be found on their website, but grab them fast, because shows are selling out.