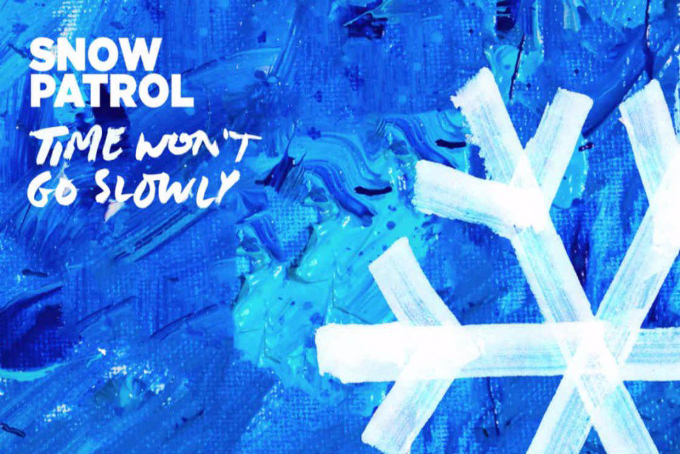 Snow Patrol have been an everlasting presence in music. Since 1994, they’ve become a staple in pop-rock, solidifying themselves as a band that could hang with the best of them. Now they’re getting brutally honest in their new single “Time Won’t Go Slowly.”

Ever since their rise to stardom with “Chasing Cars,” an iconic chart-topper, they’ve always lingered in the background. There wasn’t a time when listeners would turn on the radio and not hear a Snow Patrol track—they became radio-wave regulars. While the band hasn’t maintained the high-caliber popularity since their 2006 smash, they still create a plethora of meaningful work.

It’s incredible to think of all the things we have seen and done as Snow Patrol since we released the ‘Chasing Cars’ music video 13 years ago this month. Thank you all for sticking with us.

“Time Won’t Go Slowly” is a slow-jam, practically dousing itself in sugary sweet lyrics. The words reminisce on love and savoring every moment. Relationships can sometimes be fleeting, making us wish we could go back in time and revel in every great memory. Frontman Gary Lightbody offers his soothing vocals, pleading time to slow down, begging for this love to last forever.

Love is difficult to convey in a song without lyrics, but somehow, the quartet is able to pull it off. It feels like you’re dreaming while floating on a cloud where no one can touch you. The band proves their knack for creating music hasn’t died down—it’s only gotten stronger.

A gold record in this day and age is incredible news and we are overjoyed. Thank you to everybody who has bought ‘Wildness’. We love you all.

The song is featured on the group’s upcoming 25th-anniversary project, a follow-up to their 2018 album Wildness. Snow Patrol’s dynamic seems to be better than ever with the track exploring a very different sound than most fans are accustomed to hearing.

“I think we’ve been through everything you could possibly get thrown at you in a band,” Lightbody said. “Bands split up usually over personal differences. They’ll call them musical differences, but they’re usually personal ones. And I think if it’s a friendship first then you’re golden.”