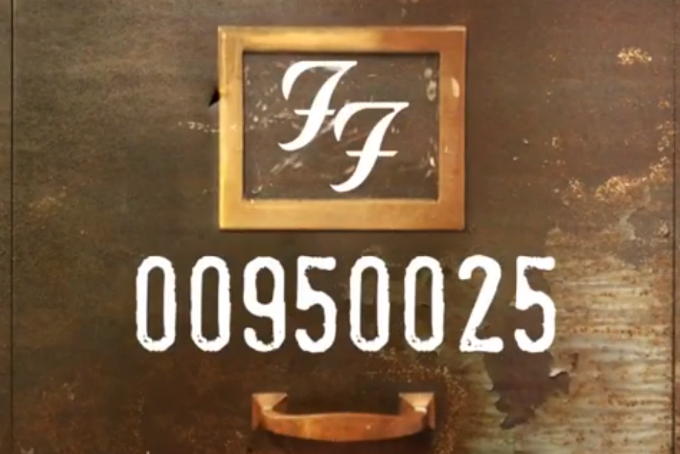 For Dave Grohl, the grind never stops. Foo Fighters have been going strong since 1995 and are still one of the most consistent names in rock. They’re also an amazing live act. When they aren’t busy headlining festivals, the boys have families and numerous side projects. However that didn’t stop them from giving the fans a surprise on July 5. That surprise came in the form of a live EP, entitled 00950025, released 24 years after the band’s debut. The EP includes two recordings from the band’s first Reading and Leeds appearance, as well as a recording from a small gig in Australia from 2000.

The Seattle-born group never disappoints and this EP attests to that. With songs from the Foo Fighters’ self-titled debut, you can feel the raw energy the band had from the beginning. Although the album was recorded by Grohl himself, the live EP showcases the original band lineup. Their punk backgrounds shine through in the hit “Wattershed,” which features Grohl’s signature screams. Additionally, the fan favorite, “For All The Cows,” makes an appearance. It’s a fun, plucky track that really shows the depth of the album. The two original songs are opposite ends of the spectrum, but together it’s a good example of how the Foos blend different types of rock, punk, alternative and acoustics into their tracks.

“Next Year” shows the Foo Fighters’ softer side, as it falls more on the acoustic side. The track comes off their third album There Is Nothing Left to Lose. “Next Year” demonstrates Grohl’s writing and vocal abilities. Especially in a live setting, listeners can hear all the emotion and passion behind the songs. The live instrumentation is also phenomenal, as anyone who has witnessed them live can attest to.

00950025 was released at a good time as the Foo Fighters are ramping up to headline the Reading and Leeds festival in August. The EP shows their humble start as lower-billed artists performing at Reading and Leeds in 1995, but still giving it their all. Along with this EP, there have been many fan theories. As the EP name alludes, next year is the 25th anniversary of the band and their debut album. Will this mean more exclusive content from the Foo Fighters archives? That might be true as some old music videos have been popping up on their YouTube.

Whether it’s an anniversary tour, show, festival or something crazy, the Foo Fighters will not disappoint. Our favorite fan theory is since the 00950025 EP was released the day after their 24th anniversary, we might get a whole year of surprises. We can’t wait for what Dave Grohl and the boys have in store for us. Here’s to (almost) 25 years of rocking music. Catch us with the live EP (and all 9 studio albums) on repeat until we get a new announcement. What do you think is in store for next year? Dave Grohl 2020?

A good day to take a look in the Foo Files. 🧐
How about a few elusive Live tracks? https://t.co/9RXxBRnc1J

We've seen some Reading '95 tweets, officially submit them now (or any FF story you like) here: https://t.co/K0kp4XBaiP

…you never know what we've got up our sleeves… pic.twitter.com/VHFqsPVs1s