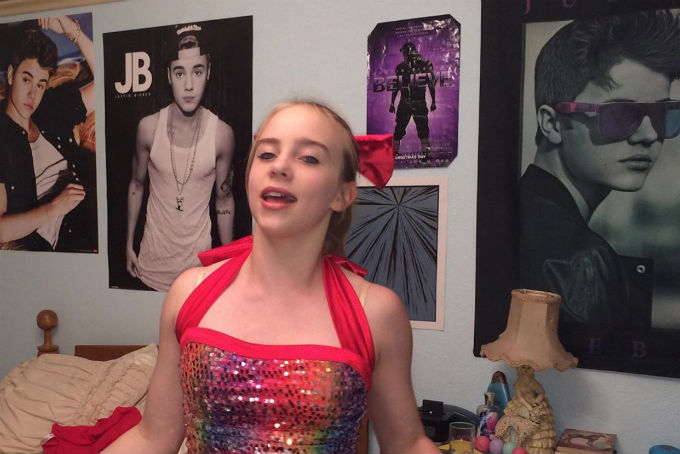 Beliebers and Billie Eilish fans finally have the collab they’ve been dreaming of. Eilish teamed up with Justin Bieber to release a remix of her single “Bad Guy.”

It’s very well known that Eilish has been a huge fan of Bieber since she was young. In an appearance on Ellen, the singer gushed about her crush on the massive pop star. The “Ocean Eyes” songstress finally got to meet her idol while watching Ariana Grande‘s Coachella set last year, and the video of their encounter when viral. The video features her and the “I Don’t Care” singer sharing a long and emotional embrace.

WHY AM I CRYING AT BILLIE MEETING JUSTIN

this is still one of the cutest pics to ever exist. billie just met justin for the first time and gave him the biggest hug ever and aw look at her being all happy because she finally met her idol and was soo close to him. dreams really do come true🤧 pic.twitter.com/3TcfqpvYZn

Bieber teased the release of music three days before the release with a post to twitter with the single word — “remix”.

Releasing a remix with Justin, a person who has inspired her for so long, is clearly a dream come true for Billie. The “Bad Guy” remix stays true to the original’s bass-heavy beat and lyrics on her part, with Justin adding his own verse and scattered ad-libs. And let us be the ones to tell you — it works.

The cover art for the remix is what really ties the fangirl dream together with a throwback photo of Eilish in a colorful red dress with Justin Bieber posters on the walls of her bedroom behind her. A truly iconic picture for a truly iconic moment of her career, if you ask us. The two thriving artists are very supportive of each other’s music, and hopefully we get another collab from them soon.

In the meantime, Eilish is set to go on her When We Fall Asleep Tour next Month, and she’s also set to perform at the Austin City Limits Music Festival in October. Some shows are selling out fast, so grab your tickets while you can on her website. See you there!