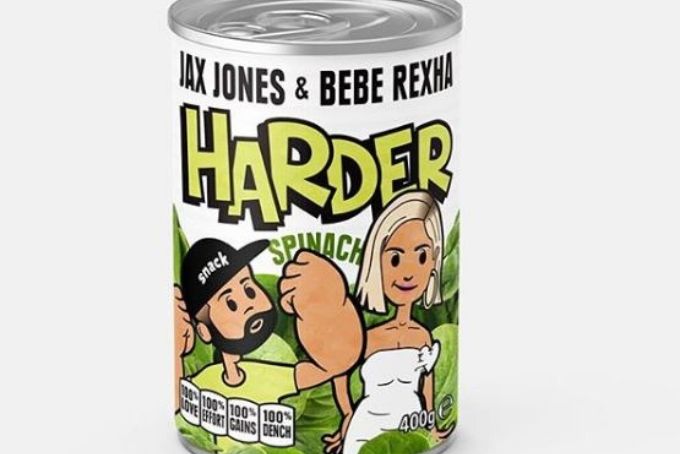 When the world was first introduced to Bebe Rexha‘s voice, she was the frontwoman to Pete Wentz‘s post-Fall Out Boy project, Black Cards.

While a lot can be questioned about Wentz’s talent as a bassist, the same can’t be said for his ability to find talented singers. The guy is good at what he does, which is surrounding himself with talent, including Ms. Rexha. Rexha has a charisma about her that can make any song seem like a good one. Whether it’s her Gwen Stefani-style vocals or her bubbly stage persona, a song featuring Rexha will likely take up real estate in your brain, whether you want it to or not. Her voice was, in many cases, the saving grace to the short-lived Black Cards.

The latest single to feature her vocals, “Harder” (actually written by English DJ Jax Jones), is another radio-friendly single that will surely end up played to death (and then some). It’ll leave you wondering why it’s so aggressively stuck in your head.

However, no matter how catchy, the most noticeable thing about “Harder” is how absolutely non-descript it actually is. If it weren’t for Rexha and her relatively unique vocal style, this song would be completely indistinguishable from any other pop song that’s been released this summer.

Of course, Rexha’s vocals aren’t enough to carry the song. Nobody’s really would be. It would take someone like Rihanna to give this song a proper makeover. Alas, it has no such name attached to it, so it lands firmly and comfortably in the listenable-but-fully-forgettable category. As we’ve said at Soundigest before, not every song needs to be a great, unique artistic statement and there’s nothing wrong with a generic pop song — it’s just not super impressive.

As soon as the song’s over, it’s gone and is just as easily replaced by something from Rita Ora, Camila Cabello, Dua Lipa, Zara Larsson or, you know, “insert-any-other-woman-in-pop-music-here,” because it doesn’t matter. Not really, which is a shame, because all of those artists, just like Rexha, are pretty dang talented, but nobody’s bothering to give them music that’s actually worth their talent or time. These songs are fine for people who are already fans, but it’s not converting any new listeners.

Fundamentally, there isn’t anything wrong with “Harder,” but there also isn’t really anything great about it. It feels like the kind of thing both folks phoned in on a Friday afternoon rather than a real effort… and that’s a real shame, because pop music could really use something interesting right now.