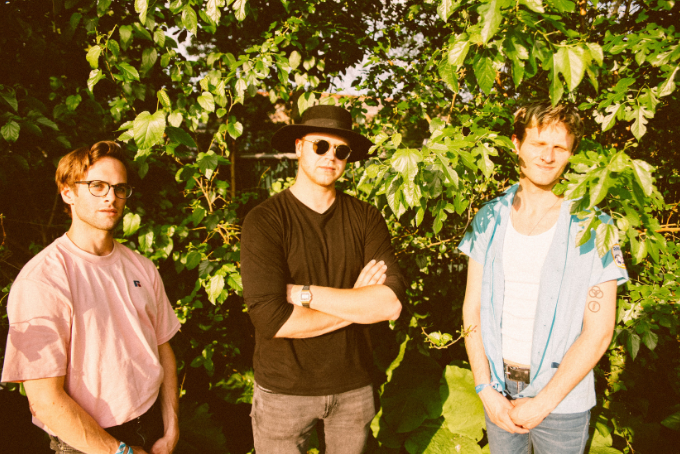 What many people may not know about New Jersey is that a lot of great music comes from that state. Yeah, we know the Jonas Brothers grew up there, but did you know that Jack Antonoff, The Front Bottoms and My Chemical Romance all grew up there, too?

Another up-and-coming band, Deal Casino, is from the Jersey Shore area, specifically Asbury Park, and slowly, but surely, taking over the scene. Deal Casino, who have been playing music together since middle school, have toured with The Technicolors, Badflower and The Wrecks. We recently got to chat with the guys about New Jersey, their dream lineup and more!

So you’re from New Jersey, and we know a lot of great musicians are from there. Who are your hometown heroes?

Well, I think it would be stupid not to say Bruce [Springsteen], no matter how much of a cliche it may be, but also Frank Sinatra, obviously. The Front Bottoms have also made a name for New Jersey in recent years, and we love those dudes.

Where did your band name come from?

There is a town next to Asbury Park called Deal, and right on the beach, there is a beach club named Deal Casino. I think it used to be an actual casino and after they changed it over to a beach club—they must have just kept the sign up.

We decided on that name while sitting in a Wendy’s after being extremely frustrated with the process of trying to find a cool name. Someone at one point just took a sip of Cola and said, “What about The Deal Casino?” We dropped the “the” shortly after.

Who are some of your musical inspirations?

We all grew up on the classics like most people. The Beatles, Zeppelin, Hendrix, Joplin, ACDC, etc. But, over time, we started gravitating towards more alternative and indie rock including bands like Pixies, Kings of Leon, Smashing Pumpkins, Nirvana, Rage Against the Machine, Radiohead, etc. Currently, we are really into Tyler, The Creator after seeing him at Governors Ball festival—absolutely amazing performance with so much to learn from no matter what genre or style you are.

You guys recently released a new song “Robin Hood.” Can you tell us a little bit about that one?

Yes. “Robin Hood” is just this super dark love song about promising all of these things to someone that you can’t realistically live up to. When I wrote the lyrics, I was really into atomic bombs and watching test footage online. I guess that worked its way into the chorus to show how insane this person making all the promises really was.

Being in a band trying to make it while trying to be in any sort of relationship can feel a lot like what this song feels like. There is no way to see the future of the career you will or won’t have while most people with normal careers have a pretty clear trajectory of where their lives are headed. The twisted thing about trying to be in a successful band is that the deeper you go down that path, the further you get from any sense of security. You find yourself making promises to people that you care for, but you can’t truly be sure of those promises the way someone is sure of how much money will be in their 401(K) in 20 years.

You’ve played shows with the Front Bottoms, The Wrecks and Badflower before. Who would your dream show or tour lineup be?

They are all amazing people and they have all helped us beyond our wildest dreams. We have never toured with The Front Bottoms, but that is definitely at the top of our list as far as opening for someone. The dream show lineup would be The Pixies, Radiohead, Beck and Tyler, The Creator. We will just watch.

Come to the show August 8 at House of Independents in Asbury Park, NJ. It’s going to be rad.