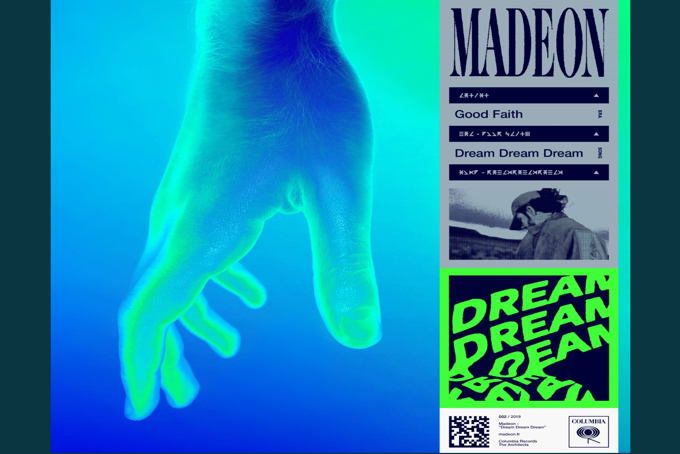 Hugo Leclercq, known professionally as Madeon, has been providing us with incredible music since his teenage years. His innovative production style and visionary live shows garnered a loyal fanbase that stuck with him well into adulthood. With a talent so authentic and uniquely his, it’s no surprise that Madeon could completely take us to another dimension with his brand new single “Dream Dream Dream.”

It’s one of the songs i’ve made i’m happiest with ever. I think it captures the feeling I wanted to convey with Good Faith, I hope you feel it too.

Tell me what you think! pic.twitter.com/FS8tHyKYJh

The French DJ revealed that “DDD” is the opening track on his upcoming Good Faith album and all it takes is one listen to realize what a glorious intro it makes. The choir featured throughout the song is already divine, but the real wonder is all the hats Madeon wore to make this passion project happen. He wrote, produced, mixed and mastered the song, while also using his own vocals. A seasoned fan knows that this is standard procedure for the talented musician, but it’s still an impressive feat in today’s industry.

The song establishes the range that lies within Good Faith since it’s quite the departure from the aesthetic of the first single, “All My Friends.” Even though we’ve yet to hear the album in its entirety, “Dream Dream Dream” is bound to be one of the highlights during the DJ’s live shows. The break at the 2:50 mark is heavenly enough to astral-project you into another dimension. Then again, that’s pretty much what Madeon has always done best.

You can listen to “Dream Dream Dream” below and be sure to check out Madeon’s Good Faith Radio on Apple Music to hear some of his own personal favorite songs.