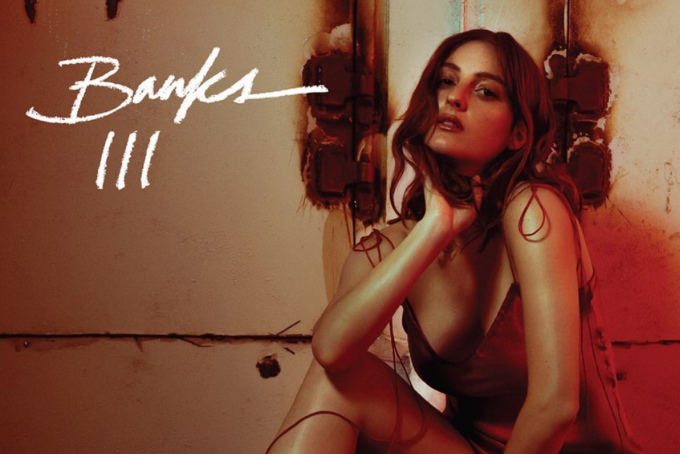 On July 12, Los Angeles based singer-songwriter Banks dropped her third studio album titled III. The sound is unique and Banks’s voice is chilling as she takes us through the journey of a relationship. She discusses the toxicity of love, growing up, and regaining the peace to find yourself.

In the first track, “Till Now,” Banks introduces an intriguing heavy autotune and intense production. The follow-up track, “Gimme,” drips of confidence through its strong, sexy, pop beat. Banks demands to be given what she wants and what she deserves.

This strong facade is broken down in the next song, “Contaminated.” The slow and smooth beat is accompanied with lyrics about wanting to believe things will work out but accepting that the love is already contaminated. The confidence comes back in the next track titled “Stroke.” In this song, Banks calls her lover a narcissist who wants their ego stroked, painting a picture of a classic toxic relationship.

I don’t respect you much. But I hate you much, and I hate the way I miss you sometimes

In “Godless,” Banks brings religious undertones to a tragic love song. There’s a clear pain in her voice as she sings “’Cause you’ve been my God, my God // And when you’re gone, I’m Godless.” The next track, “Sawzall,” is the most instrumental song on III yet. The simple production highlights her soft vocals and focuses in on the lyrics of the song. Banks reflects on an unhealthy relationship, detailing the red flags she should’ve noticed at the time. The vulnerability continues in the next song “Look What You’re Doing To Me” featuring Francis and the Lights. The song is an upbeat duet with a chorus of claps about being under the spell of another.

The eighth track on III, “Hawaiian Mazes,” is a heavily R&B-influenced track about revelations and letting go. Leaving Hawaii, the next track, “Alaska,” has a dreamy and funky beat with high pitched vocals. Banks is rambling about someone named Jimmy who’s headed for Alaska, slightly confusing listeners. This haziness contributes to the track, making the song very erratic and intriguing. Despite the next song, “Propaganda,” being about making bad decisions and wanting out, the production is very upbeat and poppy. “Fall” has background vocals that serve as instruments and follows the theme of III’s intense production. The verses are soft and passionate while the chorus is upbeat and angry.

The last two tracks “If We Were Made of Water” and “What About Love” are a breath of fresh air from the weight of the previous songs on III. The beginning of “If We Were Made of Water” features the sounds of birds, putting listeners into the mindset of being in a calm, tropical scene. Banks is officially understanding that she needs to take time for herself to recover from an unhealthy relationship. She talks about simultaneously loving and hating the person who hurt her. Ending the album with “What About Love” serves as a statement of independence and healing for Banks. Although she proclaims that she belongs to no one, she expresses a wanting to rewind the relationship and start over.

III is a rollercoaster of emotions, ending on a bittersweet note. There’s a song for everyone’s taste due to the many genre influences and variety of tempo. It’s clear that Banks has been through a lot, but has managed to turn those experiences into passionate and beautiful songs. Bank’s third studio album is an honest recollection for anyone who has experienced the highs and lows of love.