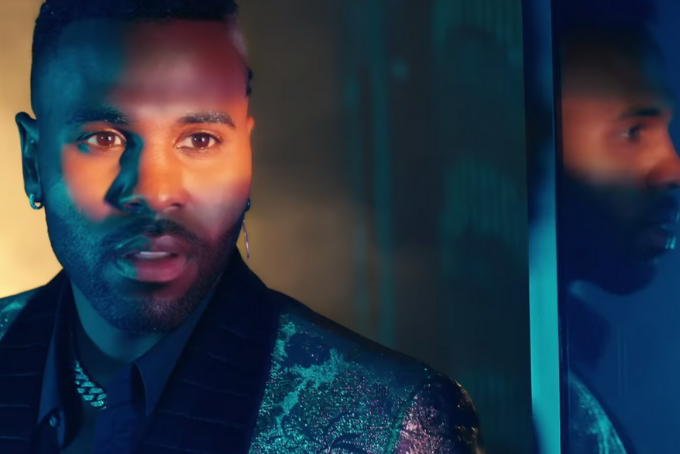 It’s been quite sometime since Jason Derulo released a single, and he’s back with a spicy new song—perfect to add to your mid-summer playlists.

Jason’s newest single “Mamacita” features Farruko and is already hitting the Latin charts. Derulo used his background of growing up in Miami to gain inspiration for the Latin influences in his latest track, which definitely stands out. Additionally, Jason also speaks a bit of Spanish in the song, and it’s quite literally music to our ears.

Swipe for a throwback

In the single’s music video, we see Derulo carrying a woman dressed head-to-toe in glittery attire. However, the woman then vanishes from his arms. The video then proceeds to show another mysterious women appear, who gestures to Jason to follow her into a secret nightclub.

The visual proves that Jason knows just how to make an entrance when he immediately grabs the attention of everyone in the club as he belts out the first line of the song. He continues to act very flirtatiously with his dancing and definitely proves that he has got moves—not only that, but they’re versatile, too. Derulo can go from the ballroom to the club and dazzle us no matter what.

The song is all about dancing as Derulo sings, “Mamacita, baila-la-la-la” and Jason has definitely showed us he can dance. This song is sure to get you hyped up in the club, so we have a feeling people will be requesting this track a lot. One thing is for sure: we really hope that Jason follows us into a club one day because partying with him seems like a night you won’t forget. Check out the video for “Mamacita” down below and leave a comment or tweet us @soundigest to let us know what your thoughts.