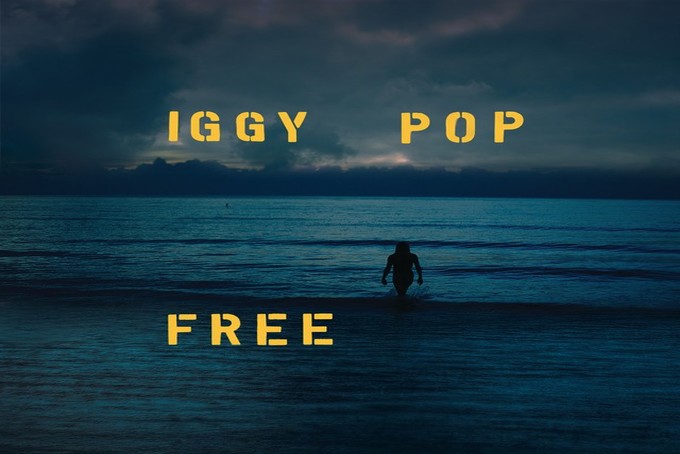 Admittedly, “Free” isn’t really a punk track. Maybe it could be described better as “smooth jazz” or “ambient sounds,” but if an Iggy Pop song isn’t absolutely, deliciously weird, then what is it?

Clocking in at just under two minutes, “Free” is not a song that you should send to your friends if you want them to be Iggy Pop fans. Maybe try something more traditional like “The Passenger” for that.

With Pop’s signature baritone saying, “I wanna be free,” over the bizarre accompaniment, “Free” honestly feels more like Pop trying to manifest a future he wants than an actual song. But, again, following convention was never really Pop’s thing, and while this doesn’t really sound like anything else he’s done before, it is still unmistakably an Iggy Pop song.

“Free” is the first single in a lead up to a new album, also titled Free. Free will be his first release of new music since 2016’s Post Pop Depression.

Truthfully, while some folks might insist it’s time for Pop to hang up his leather pants, it’s genuinely nice to see that after almost 60 years as a performer (yes, he will celebrate his sixtieth year of music in 2020), Iggy Pop still feels like he has something to say, and for the most part, that something is still different from what we’re used to hearing. And after we’ve lost juggernauts like Prince, Lemmy Kilmister and David Bowie (friend and frequent collaborator with Pop), it’s comforting to see at least one legend still standing.

So, until September 6 comes along and blesses us all with the newest entry into the Iggy Pop canon, catch us listening to this ambient track over and over again, wishing that we too, could be free.