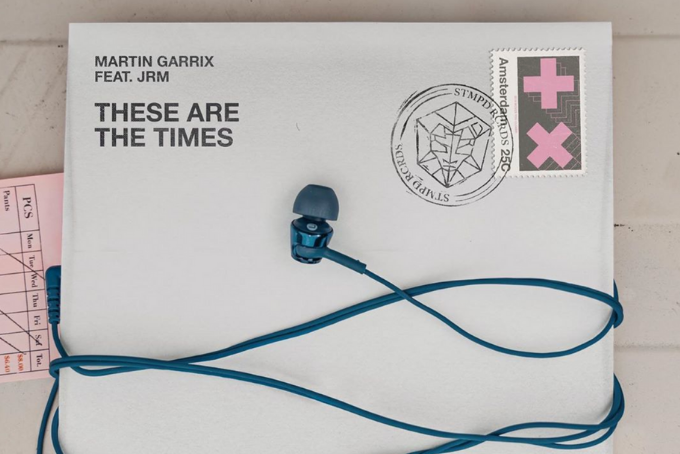 Dutch DJ and record producer Martijn Gerard Garritsen, professionally known as Martin Garrix, boasts a strong track record when it comes to making the melodies that can be heard at mainstages near and far and soundtrack your most favorite festival moments. Ranked No. 1 on DJ Mag’s Top 100 DJs list for three consecutive years, Garrix has a leading talent for sticking to his roots while simultaneously managing to capture mainstream appeal. What he’s delivered with his latest track, “These Are The Times” featuring JRM, proves that he has not lost his touch.

wohooo excited to let you know These Are The Times with @jamaicanjerm will be out on Thursday (2 PM CEST / 8 AM EDT)!!

First debuted at Ushuaïa Ibiza, the feel-good air is driven by a robust sequence of notes and made complete by vocals that you can’t help but to sing along. Although well-versed electronic dance music fans can argue that “These Are The Times” is a bit more floaty than a lot of Garrix’s back-catalog, no one can deny the driving energy and understated anthemic feel.

Better yet, we were even given a video that pairs perfectly with the new single and highlights summery vibes, happy people and even a cameo from Martin Garrix himself.

These Are The Times, in collaboration with @AXE is out now (including music video)!! @JamaicanJerm #AXEMUSIC #MOVESYOUCLOSER

Sponsored by Axe Body Spray, the visual component of this catchy, collaborative tune shows a couple connecting across town via the music that holds them together.

“These Are The Times” follows Garrix’s mega-collab with Fall Out Boy‘s Patrick Stump and Macklemore titled “Summer Days,” as well as “There For You” featuring Troye Sivan.

So, turn up your speakers, grab your go-to shuffling shoes and check out this summer strain below. Let us know what you think in the comments section or by tweeting us @soundigest.