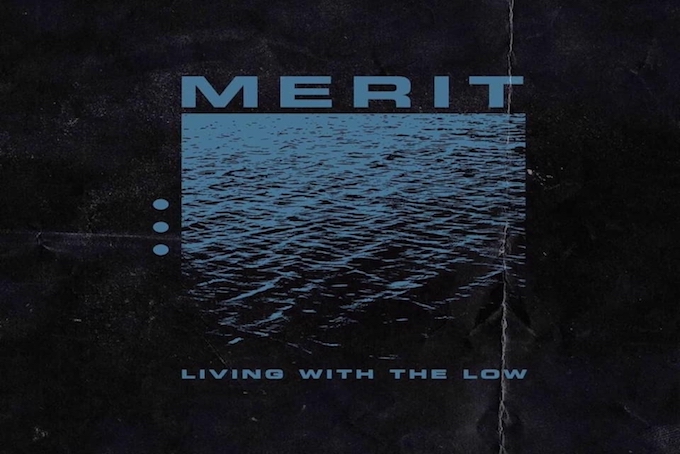 This summer has been bringing in loads of new music and it doesn’t look like it’s going to stop anytime soon. Up-and-coming, pop punk band Merit is bringing the heat with a new EP, Living With The Low, out today!

From Lansdale, Pennsylvania, the band has written a compilation of five energetic songs that deal with the feelings of hitting rock bottom. Their music is exciting while still keeping it very personal. Lead singer Mike Dougherty is vulnerable with his lyrics, staying true to pop punk as a genre.

The EP has been given a stamp of approval from bands like The Wonder Years and Thursday, recorded and produced by Matt Brasch, mixed by Nick Steinborn and mastered by Bill Henderson. You can hear the influence from these iconic punk bands and Dougherty’s voice has a similar sound to that of Derek DiScanio’s from State Champs, yet Merit has put themselves in their music, making it their own.

While Living With The Low is short, you get to know the band in a few minutes. The drums and guitar fit perfectly with Dougherty’s voice and you can hear the talent radiating off each member in the band. Listening through the EP, you can tell that these songs will put on a great live show as well.

This band won’t be small for long and in a genre that’s a bit oversaturated, they’re able to stand out with their talent alone. It would be unfair to say that they have potential, because they’re already showing off their ability and it’s something special. If you’re looking for a new pop punk band to get into, we definitely recommend listening to Merit and giving Living With The Low a chance! This is a band you’ll want to be able to say “I knew them before they blew up” about.