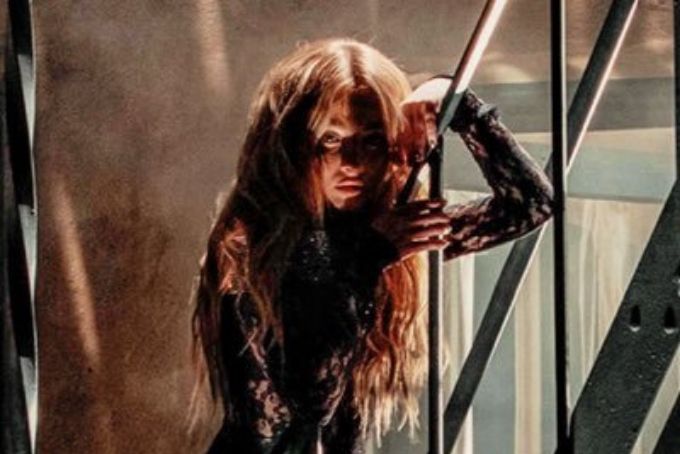 Singular’s intermission is finally over! Sabrina Carpenter dropped the highly anticipated followup to last year’s Singular Act I last Friday and Singular Act II is filled with her most personal lyrics yet.

The first track, “In My Bed,” might have a sensual title, but the subject matter is anything but. Instead, Carpenter sings about overthinking and feeling overwhelmed. Lyrics like “Little things weigh heavily / Take my energy ‘til it’s gone” perfectly describe the feeling of anxiety over small details. The title itself is a play on the phrase “in my head.” While the subject matter is somewhat heavy, the production is lighthearted. You’ll want to dance to this track even while singing the anxiety-filled lyrics.

“Pushing 20” was the first single released from Singular Act II. Released in March, this song’s a carefree anthem for young adults who are trying to forge their own paths. “It’s dealing with a lot of negativity from the outside and people telling you what to be,” the “Sue Me” singer said in an interview with PEOPLE. “It’s about questioning who you are, because you question who you are when everyone is telling you who to be.”

Carpenter was initially unsure about releasing the third track, “I Can’t Stop Me,” but with a strong trap beat and a feature from rapper Saweetie, this song had to make the album! The lyrics describe a tempestuous relationship, as Carpenter sings, “Baby, you could say you’re bad for me / But who are you to tell me what I need?” As the only track on Singular Act II with a feature, this one’s a definite stand out.

“I’m Fakin” is the Girl Meets World actress at her earworm-y pop best. Carpenter sings about a relationship where she fights just for the sake of fighting. “I wanna bring you to your knees / Begging for me now / I wanna see how far you’re willing to reach,” she sings over an infectious beat. This one will be stuck in your head for days!

i’m still in my bed about it link in bio

The fifth track, “Take Off All Your Cool,” is an earnest plea from the “Thumbs” singer to her partner to open up and “stop acting perfect.” Carpenter said in the same interview, “It’s about us being like, ‘Let’s just show each other our real self 100 percent and we can get to know each other that way,’ instead of trying to impress each other with false advertising.”

“Tell Em” is noteworthy for not only being one of the slower songs on the album, but also for being the last song Carpenter wrote for Singular Act II and the longest. This track is all about Carpenter’s wish to keep her relationship private: “We ain’t gotta tell ‘em / Tell ‘em nothing.” It’s a bit of a new sound for the “Almost Love” singer, but she pulls it off well.

“Exhale” was the second song released from the album and it’s very different from the rest of the tracklist. An earnest description of anxiety, “Exhale” has sparse production that makes it all the more touching. “Can I exhale for a minute? / Can I get this out in the open?” Carpenter sings. Anyone who’s struggled with their mental health will relate to this song.

The next track, “Take You Back,” is a bubblegum pop blast of sassy lyrics and fun production. The message of the song boils down to not needing someone, but Carpenter wraps the whole thing up in a shopping metaphor, singing “Closest I’ve ever come to buyer’s remorse / If you don’t make me happy, then what good are you for?” It’s one of the more clever songs on her album with a catchy chorus that you’ll be singing along with after one listen.

The last track on the album, “Lookin At Me,” has a Latin dance hall vibe, complete with a trumpet solo to kick the whole thing off. This song is the undeniable dance record of the album. “If you think they looking at you / They looking at me,” the Hate U Give actress sings, encapsulating the theme of self-confidence that runs through the whole song.

Singular Part II is the perfect compliment to its predecessor — the same pop sensibilities, but with lyrics that explore more mature themes.

“I feel that when I finished writing this record, this was kind of closing out a chapter of my life, in general, and musically I think it’s not a closing chapter, but the opening to whatever is coming next,” Carpenter said in an interview with PAPER. We can’t wait to hear what she’ll do next!