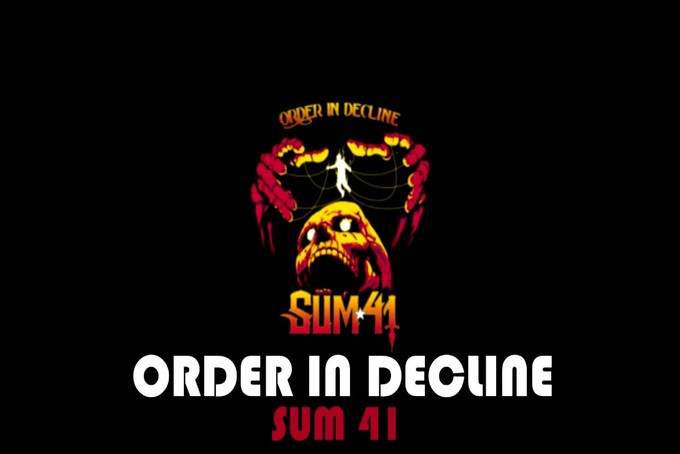 NOFX closed out Warped Tour, Blink-182 are slated to release a new album in September, Green Day might just be back in the studio and Sum 41 just dropped their latest full-length effort, Order in Decline.

Is it a pop-punk renaissance? Well, putting the words “pop-punk” and “renaissance” together feels weird, but also, probably not. With that being said, it’s nice to see that everyone is still A) alive and B) making music. If that music is any good? Well, that remains to be seen — but let’s take this one step at a time and just focus on Sum 41’s new album.

Fundamentally, Order in Decline is a good album. It’s likely to satisfy hardcore Sum 41 fans and has produced a few radio-friendly songs that will no doubt get heavy rotation on your standard rock radio channels. It’s Sum 41, after all. But while the band name has a lot of brand power, the album itself just isn’t exciting the way it should be. Nothing off Order in Decline really grabs you — it’s just okay. And while “okay” is fine for some bands, we’ve come to expect just a little bit more from Sum 41.

Looking good, @spotify. Thanks for the love. Toronto, see you August 8th at Echo Beach! #OrderInDecline

The biggest downfall of this album is that at just 36 minutes, it still feels too long. While most pop-punk bands are hit with the “every song sounds the same” criticism, Order in Decline really does have a number of songs that are almost completely indistinguishable from each other. Maybe there are Sum 41 fans who are willing to argue that point, but your average listener isn’t going to take the time to learn how to distinguish between “Out for Blood” and “A Death in the Family.”

There’s also a level of somberness that other albums from the Canadian punkers just don’t have. Maybe it’s because of the current political climate or maybe they’re just getting old. Either way, this is not the same set of kids who shouted “The doctor said my mom should have had an abortion!” almost two decades ago. Maybe Order in Decline isn’t exciting because it’s exactly what you’d expect from an aging pop-punk band. Maybe we’re too hung up on “unexpected” music. Maybe it’s stupid to want something revelatory every album. Maybe we’re just afraid of change because it represents our mortality.

All-in-all it’s a fine Sum 41 album and at the end of the day that’s all it needs to be. Leave the revolution to the younger bands. They’re the ones meant to be leading the charge anyway.