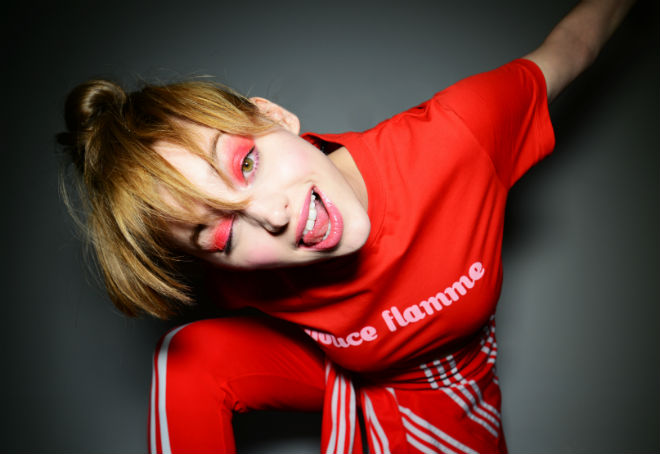 We recently had the opportunity to interview rising global pop star Betta Lemme. Her new single, “Play” and its accompanying music video were released earlier this year — the latter featuring a cameo from Emilia Fart. We chatted all about her new single, last year’s viral hit “Bambola,” the new music she’s working on, and much more. Check out our full interview below.

You just released your new single, “Play.” Tell us a little bit about the track and what it means to you.

This was written with Danny L. Harle and Jesse Saint John. “Play” is my personal anthem for anyone who’s ever felt too shy to take a chance, talk to a stranger or be silly… let it out and PLAY. I remember being super shy when going to parties and would usually be up against a wall watching everyone else dance. For thing song, I remembered those feelings and how it felt to finally let go and PLAY!

You also released the singles, “Kick The Door,” and “Give It” earlier this year and late last year, respectively. How do these songs differ from “Play?”

If you listen to the songs, you’ll hear how they’re 180 in sonic comparisons. “Kick” sounds like an aggressively iconic Quentin Tarantino fight scene, while “Give It” sounds like having a confusing dream in Paris and sleepwalking all the way to an underground club in Berlin.

You’re currently working on your debut full-length album. Can you give us any hints as to when or what we can expect from the album?

I may release an EP before the first album. I’ve been keeping a number of songs stored away over the past year and am finally seeing a place for them now.

Your song “Bambola” that you released last year has racked up over 10 million streams on Spotify and 50 million views on YouTube. What is it about the song that you think resonated with a wide audience?

I was so excited to film this and have the opportunity to put it this first video out into the world after directing and editing it. I think it resonated with a lot of people because of the various languages and universal beat. I don’t have answers as most music is subjective. However, I think having to write a song with three languages was a conversation starter… not to mention a glorious intro of a face full of glitter. Love for glitter is universal, right? Bambola is now at 55 million views and watching the video still makes me smile… but the video closest to my heart is the live acoustic version we did of “Bambola.” Check it out here:

When you’re not in the studio or onstage, what do you like to do to unwind? Do you have any fun hobbies?

Believe it or not, I haven’t played my own show yet! I’ve performed only “Bambola” on television, and most recently, Coachella with friends I co-wrote with. I’m very much looking forward to seeing and meeting everyone that’s been supporting my music thus far. In terms of hobbies, my main hobby has always been eating copious amounts of pasta or binge-watching anything Abba/Dusty Springfield related.

How did you come up with the stage name “Betta Lemme?”

The stage name is actually just… my name. I’m Italian-Canadian. My nickname growing up was Betta, short for Elizabetta (in Italian).

We know you can play the guitar, but do you play any other instruments?

Yes. I play quite a lot of instruments. I always look at an instrument as a new friend I get to meet. My main instrument is the piano, but I can play guitar, ukulele, accordion, drums, bass, violin, Harmonica… the list goes on. But I really wish I could play the sax… maybe next year?

When you’re writing a song, how does the process usually go for you — do you write lyrics first or the melody? Do you write alone or in a group setting?

Writing a song is always melody first for me. The first thing that comes out of my mouth is usually the line that acts as the catalyst for what the song will be about. I write my melodies alone and usually write my lyrics solo, but think it’s always a fun surprise to try and write words with others. You never know what to expect or what another person can pull out of you and vice versa.

We are setting up for my live show and will be announcing for fall.

Anything to add? Catch me on the ‘gram @bettawerk!