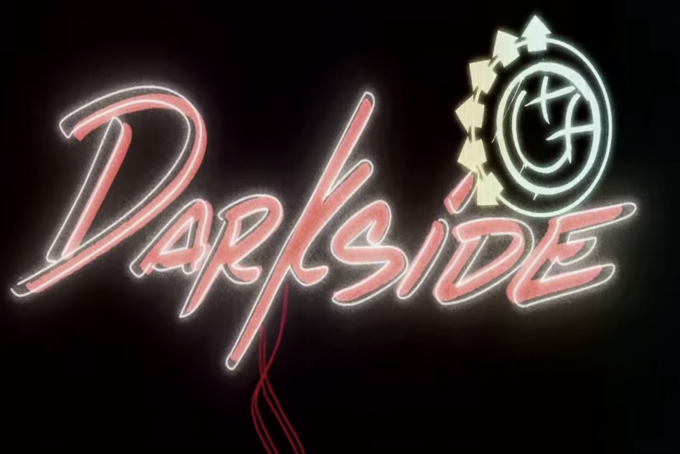 There’s something simultaneously refreshing and comforting about the new Blink-182 single, “Darkside.” It’s like the “after” in an episode of Queer Eye — everything you love about the band is still there, but it’s elevated.

“Darkside” comes to us just after Blink-182 announced that their ninth album (well, eighth if you don’t count Buddah), NINE, will be released on September 20, three years after their 2016 release California. NINE marks the second full-length release with Alkaline Trio vocalist Matt Skiba and if “Darkside” and “Generational Divide” are anything to go off of, this new Blink-182 lineup may have officially found its footing.

There’s something smart about “Darkside” that’s hard to pin down. The music pulls from several standard Blink-182 influences like punk rock and new wave, but still sounds iconically Blink-182.

NINE. this is our ninth album, as decided by me and travis. some count buddha, some not. some count the mark tom and travis show. some count greatest hits. some count dogs eating dogs. i’m counting buddha, cheshire cat, dude ranch, enema of the state, toypaj, untitled, neighborhoods, california, and now NINE. nine is also the number of universal love. and the number of uranus. remember to like and smash that subscribe button, or whatever it is the kids say now. – @markhoppus

There’s also a level of experience that just bleeds through here — the artists that make up Blink-182 all have nearly 30 years of experience as musicians — and it shows. They know how to write a song and they’re good at it.

Admittedly, since their self-titled album, Blink-182 have strayed from the alternative sound that made them famous, often playing more in the “pop” arena than their fans would like — but “Darkside” seems to be a return to form in the best way possible. It’s not a regression, but an evolution, taking all the best bits from their pop experimentation and fusing them into their punk roots, giving us a truly enjoyable and very well-crafted alternative hit.

There will, of course, always be Blink-182 detractors, but at this point arguing what’s “really punk” and what isn’t seems trite — bands like this know they’re not underground anymore and aren’t trying to be. They’re just trying to put out good music, and hey, at least they’re still doing that. And really, what more can you ask for?

Actually, that’s a dangerous question. Forget we asked that.