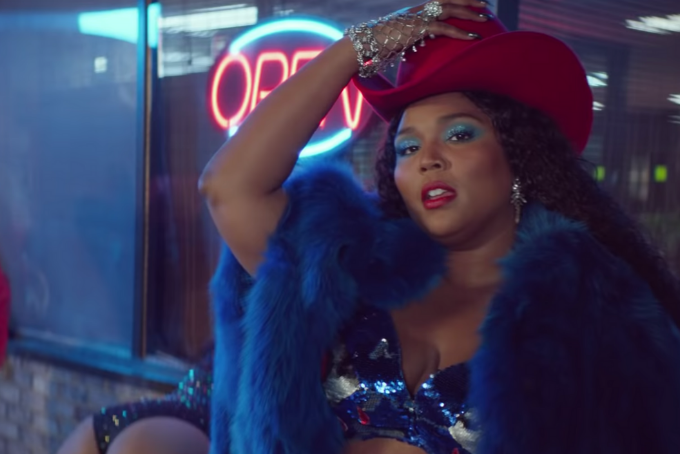 If Lizzo‘s career has taught us anything, it’s that great things come to those who wait. The rapper, who almost quit music in 2017 after “Truth Hurts” initially flopped on the charts (we still don’t quite understand how), has dominated the music scene in 2019, first with “Juice,” then “Truth Hurts,” and now with “Tempo,” featuring Missy Elliot.

Similarly, those who’ve been waiting for a late-90s hip-hop anthem all about body positivity may have needed to wait twenty years, but we’re here to say that it is absolutely here. The “Tempo” music video features rims and rapping, with Lizzo performing in a diner parking lot. Already, you should be hooked. The video calls back to the very best of her influences, including Missy herself.

The visual begins with the track’s iconic guitar lick and immediately moves to a shot of the one and only, Lizzo herself. As the song progresses, we experience the scene of a diner that not only sports bouncing low-riders, twerking women, and extras floating in the air, but it also showcases Lizzo in her truest form: dancing with her flute in hand. And if you didn’t start dancing along with the queen while you watched, you truly did this song a disservice.

Despite the nostalgia associated with a diner setting, the video’s attitude and aesthetic feel firmly 2019. The 90s influences are there, but there’s a modern edge that you wouldn’t find in the previous decade. Of course, let’s not forget the star of the “Tempo” visual. Ultimately, Lizzo’s embrace of herself and her body is infectious and is what makes the video so successful.