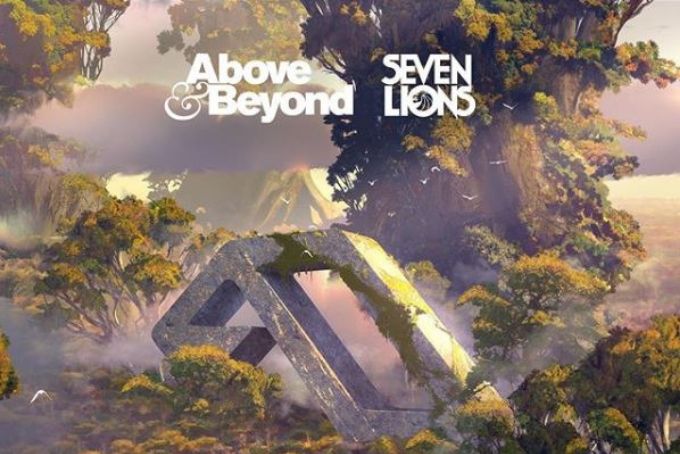 The Above & Beyond and Seven Lions‘ story has officially come full circle. With a relationship that dates back to 2011, when American DJ Jeff Montalvo (known professionally as Seven Lions) jump-started his career with a concordant win on Beatport’s Above & Beyond remix contest for “You Got To Go,” it’s no surprise that the stars have finally aligned for an epic collaboration between the two entities.

Ever since its circuitGROUNDS debut during Above & Beyond’s set at EDC Las Vegas, “See The End” featuring Opposite The Other has become a fan favorite amongst members of the Anjunabeats community and, as of late last week, the long-awaited trance track has finally arrived.

Featuring everything that makes both parties exactly who they are, this melodic masterpiece was certainly one worth waiting for, as well as one that both Above & Beyond and Seven Lions have been looking forward to.

“We’ve always loved Seven Lions. Jeff’s understanding of melody and songs is second to none,” explained Above & Beyond. “His remix of ‘On My Way To Heaven’ was arguably better than the original, so it was really only a matter of time before we’d make a record with him. The result is called ‘See The End,’ a collaboration with Jeff and vocalist Sam Burger, who we have been known to work with for a while as well. We couldn’t be happier with how it turned out!”

I've been a fan of @aboveandbeyond for such a long time, and I'm so stoked to finally unveil our collaboration – See The End feat. @oppositetheother. My journey began with a remix of You Got To Go way back in 2011, and to finally see this collab come out is a real full circle moment and one I'll cherish for a long time. See The End is out this Friday on @anjunabeats

Seven Lions reflected on his personal journey with the trio, stating, “My journey began with a remix way back in 2011 and to finally see this collab come out is a real full circle moment and one I’ll cherish for a long time.”

Get lost in the magic and experience the euphoria from start to finish by streaming the collaboration below. Let us know what you think in the comments section or by tweeting us @soundigest.