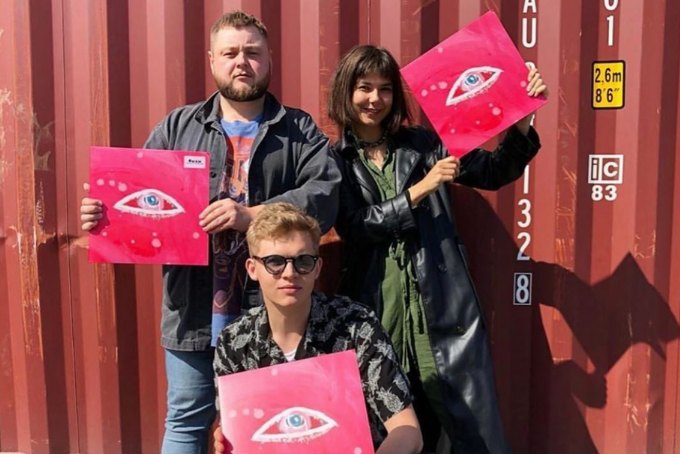 Icelandic group Of Monsters and Men reaped the beginnings of their success with “Little Talks,” a folk-pop chart-topper that made them a household name. Nearly seven years later, they’ve entered metamorphosis with their third album Fever Dream. When well-established artists alter their style, it becomes tricky—fans grow accustomed to their usual sound and bask in that security.

We are so excited to share with you our third album ‘FEVER DREAM’.⁣ The album was written and recorded in Iceland. Over the last few years we’ve been slowly but steadily building our own studio. Having that place to ourselves gave us the time and space to be creative and expand on our sound and get lost in our own little world. The album is heavily influenced by being open to changes and unafraid of expressing yourself. We set out to explore the different ways we could go about writing and arranging these songs, playing around with different instruments and techniques along the way such as synths, sampling and extensive vocal arrangements which led us to a new and exciting place sonically. We set out to embrace the chaos that comes along with creating and focused on making this album feel light and fun. ⁣ ⁣ It’s about yearning for something greater, feeling content in your loneliness, embracing your vulnerability and wanting to feel present in a moment.⁣ ⁣ Art by Nonni @jonsaemundur

With Fever Dream, the band ventures into pop-rock territory. When they delivered the first taste of what was to come with their lead single “Alligator,” it revealed the possibility for a fast-paced, pop-laced LP. It turned out to be an overflowing variety of emotional ballads and dancehall rock.

“Ahay” is a slow-jam track exploring the deep emotional secrets of love that eventually transitions into questionable regrets in “Waiting for the Snow.” Lead singer Nanna Bryndís Hilmarsdóttir pleadingly croons, “Have I said too much? // Did I love too hard?// This steel can’t carry me now that things are rough // Now, what can you offer me?” Her emotions shine through as the electronic beats linger in the background. The group maintains an air of mystery in “Vulture, Vulture,” comparing themselves to a desert island and approaching the topic of looming darkness.

FEVER DREAM. DREAM TEAM! We are so lucky to have had many talented, hard working people on this journey with us! What a privilege it is to know and work with them! To everyone that helped get our Fever Dream out into the world, THANK YOU! TAKK! Our hearts are full!

Of Monsters and Men dabble in a sound that presents hope. Despite the constant theme of restless heartbreak, “Stuck in Gravity” revels in a softer side. While they beg for something more, the listener gets a sense that they’ll eventually discover what’s missing. Unlike the quintet’s signature indie-folk sound, the track dives headfirst into a synth-heavy beat. The album effortlessly transcends further with “Under a Dome,” using haunting electro-infused vocals to weave a story about falling headfirst into love.

The LP’s conclusion is just as strong as its beginning. “Soothsayer” offers Hilmarsdóttir’s angelic voice as she begs for her significant other to stick by her side. It’s a powerful end to an innovative pop-rock album and a brave statement to the band’s development. While their trademark style has shifted slightly throughout Fever Dream, the elements of their success still persist in the foreground. The band’s lyrics remain doused in vulnerability and frolic in bubblegum pop glory.

Bands undergo change routinely—sometimes it’s needed in an industry that becomes dry with copycat acts. Of Monsters and Men transformed themselves after seven years of success and treading in a dangerous comfort-zone bubble. Fever Dream only proves the band’s creative growth and what they’re capable of.