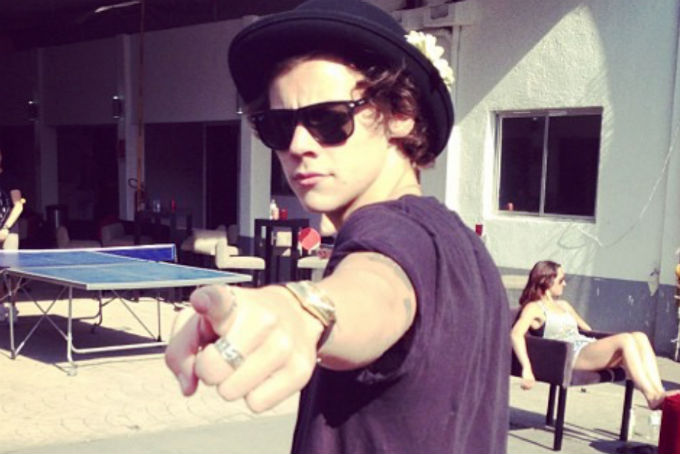 For all you Harry Styles and luxury perfume fans out there, Gucci has unveiled a new gender-neutral fragrance, Mémoire d’une Odeur, which translates to “memory of a scent,” and even Styles can’t get enough of it.

The singer has been a part of quite a few Gucci ad campaigns in the last few years, but this one is special. “It transcends gender,” he told Dazed magazine. “I really like wearing it because it’s [Gucci’s] first universal fragrance… it’s really fresh to me. Floral, clean, not heavy.”

He continued with an emotional connection to the fragrance, saying, “I like a fragrance that has some emotion behind it. The triggering of memories from smell is really strong for everyone. My mother has always worn the same perfume. It smells like roman candles and jasmine. So like anytime I smell it, I feel like a kid again. I feel like everyone has those [memories].”

At a family picnic in front of the ruins of village Canale Monterano with @harrystyles for new universal @guccibeauty fragrance Gucci Mémoire d’une Odeur—meaning the memory of a scent. #GucciMémoire by @alessandro_michele is inspired by the power of memories which can be relived in the present. The campaign is shot by @_glen_luchford with art direction by @christophersimmonds. #GucciBeauty #AlessandroMichele Discover the scent through link in bio.

And it doesn’t stop there. Styles claims he wears it so often that he even sleeps in it! And who could blame him? With a combination of chamomile, jasmine, musk, and sandalwood, everyone will want to be wearing Mémoire d’une Odeur.

“I love the clothes,” he added. “That helps a lot. Just going on stage in a nuts suit with a bunch of sequins makes you feel good, and then you want to play.”

With new styles from Styles and a Gucci campaign, we’re always excited to see where he goes next, what he chooses to wear, and what fragrance he’ll be sporting. That said, it’s nice to hear from the singer himself where he gets his inspo, and we also love that he’s not afraid to try new things. Don’t you?