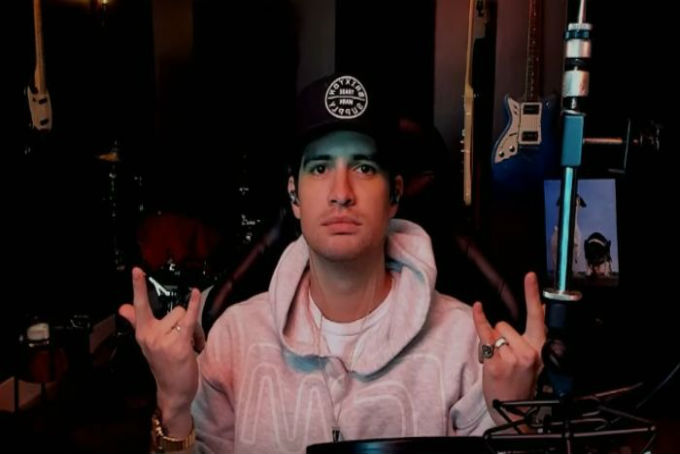 Panic! At The Disco frontman Brendon Urie has admitted to always wanting to dive into the world of metal music and has finally shared that with the world. Teasing for months that he was working on metal music, Urie finally shared a full song on one of his Twitch livestreams on August 1 for a new Positive Hardcore Thursday.

Last December Urie revealed in an interview with RockSound that he wanted to start a metal project and had already recorded a metal version of the track “The Calendar” from Panic! At The Disco’s 2011 album Vices And Virtues. “I want to do a metal project in particular. I actually just played something for my band mates recently — we have an old song called ‘The Calendar’ and I made a metal version of it from years back. It’s like 90 seconds long and is really fun. Who knows, I might even put that out on SoundCloud on a whim sometime soon!” Urie said via RockSound.

Panic! At The Disco has always been a band that experimented with their sound, from their Beatles-Esque 2008 release Pretty. Odd. to Brendon Urie lending his vocals on his collaboration with Taylor Swift, “ME!” Panic! At The Disco has been pushing boundaries in music since they burst onto the scene in 2005. As Urie said, “I always feel as though I need to be more diverse. Yes, all of the Panic! albums do sound different and have their own vibe, their own aesthetic and imagery, but I still feel like I can do more. Even from song to song within one album I feel like things could change even more drastically and maybe that’ll happen as time goes on. I still have so many different things that I want to do, particularly in terms of genres.”

Of course, this could mark the beginning of a new era for the band following their 2018 release Pray For The Wicked or just something to hold fans over until that time comes.