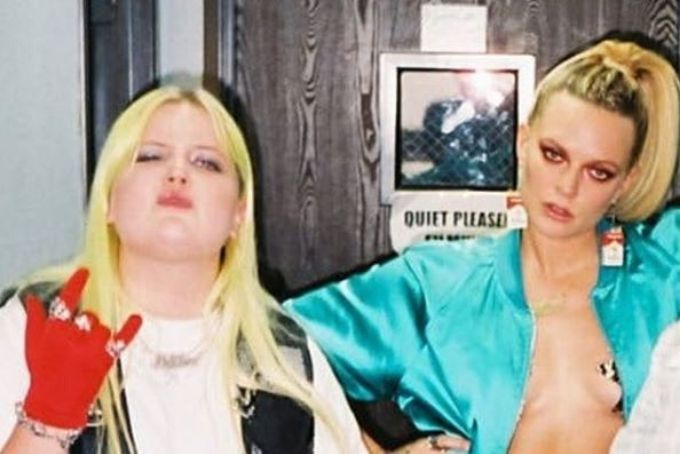 Along with the announcement of the release date and title of her upcoming album Sunshine Kitty, Tove Lo has dropped a new single titled “Bad As The Boys,” featuring Finnish pop artist ALMA. The single is a follow-up to the lead single from the album, “Glad He’s Gone.” It may be another breakup song, but “Bad As The Boys” has a notable key difference.

Tove Lo has been open about her sexuality for a couple of years now and often talks about it in her lyrics. “Bad As The Boys” is about discovering that heartbreak is genderless. The “Talking Body” songstress recounts having her heart broken by a girl and realizing that it’s not any less painful than the boys who have done the same.

Sonically, the track is an instant summer classic that features some intriguing vocal effects. Like the top songs on the chart at the moment, “Bad As The Boys” has darker lyrics that describe the ache of heartbreak. But it stands out from the pack because of the beat’s funky beach vibe.

“Bad As The Boys” is a budding summer hit with sad lyrics that are disguised by the upbeat, fun production. It’s a breath of fresh air from the dark, boding mood of the songs currently dominating the radio charts. It’s also a song that openly talks about same-sex relationships that we surely do not have enough of even in 2019.

Tove Lo’s upcoming album is shaping to be one full of catchy pop melodies and vulnerably relatable lyrics. It’s a bright follow-up to her sultry 2017 album Blue Lips (Lady Wood Phase II). “Bad As The Boys” is the perfect song to close out summer and get fans excited about the rest of Sunshine Kitty, which will be released on September 20.