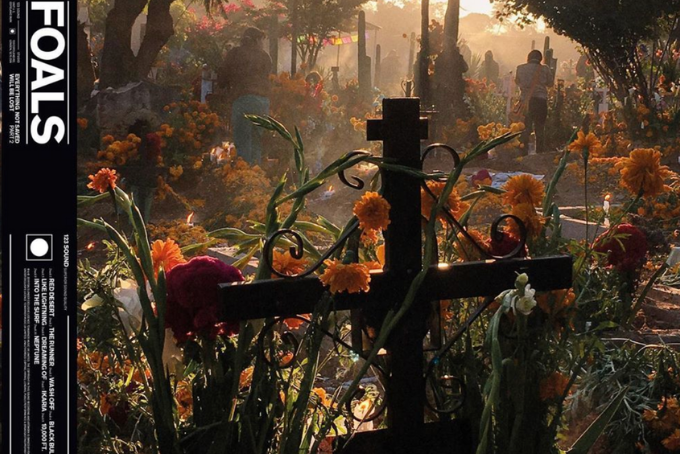 Foals are kicking off the countdown to their next album in a fiery way. The band announced that the highly-anticipated follow-up to their album Everything Not Saved Will Be Lost: Part 1 will be released on October 18, 2019.

Everything Not Saved Will Be Lost – Part 2

Alongside the announcement, the band also released the album’s first single, titled “Black Bull.” Within seconds of listening, you know you’re in for a wild ride. The track is by far the most aggressive sound they have ever released. There is a high sense of urgency, so when the track ends, you almost feel a release—that is, of course, before you hit replay.

Lead singer Yannis Philippakis delivers a performance, unlike anything he has done, tearing into and screaming the lyrics as though this is his last performance and he’s going out with a bang. The riffs are clean and razor-sharp, cutting through the chaos. The track is a fast and angry rock song through and through.

The lyrics are just as intense as the track itself. Philippakis declares in the chorus that, “We not playing around // I got a black bull in town.” He furthers the aggressive tone in the bridge where he sings, “I call a wolf a wolf // This is for real ain’t no spoof // I’m breaking bones on the roof.”

In an interview with The Times, Philippakis said that “Black Bull” is “blotting paper for that more precarious and brutish side of being a man.” The song can also be seen as a more accurate representation of Foals’ high-energy live shows. The band delivers every performance with reckless abandon, and “Black Bull” is a perfect capsule for all of that energy.

If Everything Not Saved Will Be Lost: Part 1 was a solemn embrace of the apocalypse, then Part 2 is going to be the chaos that follows.

Check out the music video for “Black Bull” below.