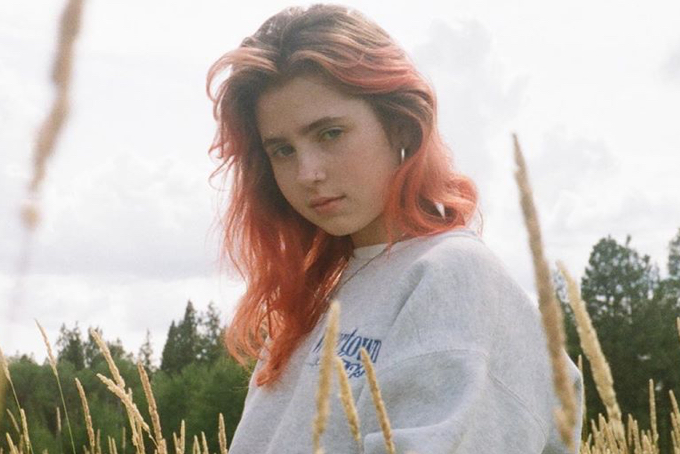 Since her single “Pretty Girl” solidified her as the internet’s prodigy, the expectations for Clairo‘s album Immunity were reasonably high — what can a Gen Z musician produce in an age where young creatives struggle to be taken seriously? The answer is simple: she manages to release a versatile and emotionally revealing record that promises lyrical leaps.

We’ve come to view Clairo as the usual viral star — “Pretty Girl” garnered her over 35 million views on YouTube and many loyal listeners. But with impending adulthood comes career growth, swiftly followed by an album made alongside producer Rostam, Danielle Haim and many more. It’s a lot to take in for a 20-year-old who became popular using lo-fi bedroom-pop as her signature.

The LP begins with a soft piano note and Clairo’s whispery vocals on “Alewife,” recalling her faithful eighth-grade friend who talked her out of suicide. “I lay in my room / Wondering why I’ve got this life,” Clairo questions, the turmoil and pain coming to surface for a fresh-faced teen. While the track addresses a sensitive topic, its upbeat nature brings a sense of hope. Her close friendship is simply translated — love and care can pull us out of that dark place.

Clairo’s lyrics dabble in personal experiences: depression, breakups and rekindled romances. Tracks like “Impossible,” “North” and “White Flag” take on a groovy R&B feel while tackling forlorn love. She approaches each record with grace and without the lingering bitterness that most breakup songs entail. As a early twenty-something, Clairo describes young love poetically, paired with an otherworldly sound that enters uncharted land.

But the singer-songwriter explores much more than the stereotypical breakup anthem. She delves into themes of sexuality — a fitting turn of events considering she recently came out as bisexual. In “Sofia” she remembers first-time celebrity crushes on Sofia Coppola and Sofia Vergara, discovering the part of herself that overwhelms the thriving teenage heart. Just like any other teen girl obsesses over heartthrobs like Harry Styles and Shawn Mendes, Clairo begs the question: what difference does it make if it’s a woman girls fawn over?

‘sofia’ is about my first ever crushes on women i saw in the media. people like sofia coppola, sofia vergara, etc. this was my way of making a celebratory song about this discovery while maintaining the cheesy/corny lyrics you’d normally find in songs where you profess your love

She openly uses female pronouns in certain tracks like “Softly,” which is a smooth jam laced with hopeful pining. Conflict and confusion invade young LGBTQ+ teens’ minds routinely, especially in a heterosexual society, but Clairo approaches her sexual orientation with subtle reassurance. With “Softly” she breaches a subject she battled with when she was younger. “I’ve been struggling with this my whole life. I know I love people and I’m acknowledging that as something that’s happening to me,” she says.

Her breakout single “Bags” dives further into emotional vulnerability. She explained the song’s background, describing it as “one of my first experiences with a girl… It’s definitely about me learning to be comfortable in a place of the unknown and kind of just letting something be and being okay with not knowing the outcome of something.” The looming unpredictability of relationships brings anxiety and Clairo delivers that in earnest. The sincerity is present alongside a rough-sided guitar track and haunting vocals.

Luck was on my side today 🦋💚💕😈😈😈 @pitchforkfest one of my favorite shows to date. today we brought the sunshine and the critters out to play THANK YOU !

Immunity closes out in the same way it opens — a lingering piano note and haunting vocals. In “I Wouldn’t Ask You” Clairo is backed up by a children’s choir, making it all the more alluring. Innocence overtakes the track, with Clairo recalling a former boyfriend taking care of her while she was hospitalized from severe arthritis. It’s broken into two parts — the first part skyrocketing to a pure safe haven while the second part transitions into R&B-esque territory. Pieced together, it paints a vivid story of true love: one that is untouchable and focused on unwavering compassion.

From the first track to the last, Clairo’s Immunity is very much immune to any typical storytelling. She writes past experiences and personal struggles, turning them into beautiful renditions that speak to a young adult mind. To have an artist of her creative caliber release songs that openly address conflicting feelings of same-sex love and depression brings many a sense of belonging. We yearn for a purpose. Clairo does too and she’s figuring it out just like the rest of us.