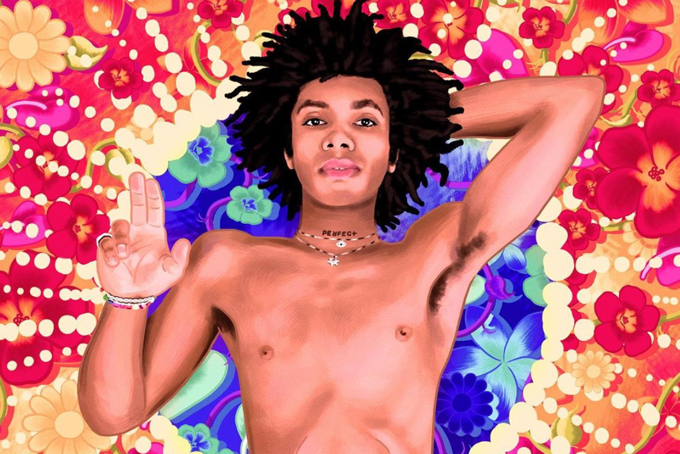 Newcomer daydream Masi might only have a handful of songs in his arsenal, but the Ohio native seems to be having no difficulty establishing his sound and style. The versatile musician garnered thousands of plays on SoundCloud and signed with Interscope Records to take his career to the next level. As a matter of fact, he’s set to appear on the highly anticipated 13 Reasons Why soundtrack, slated for an August 23 release. The first step to leaving his mark in the industry is the drop of his debut EP, The Slow Rage Project, which is an experimental journey you need to experience for yourself.

My first EP , “the Slow Rage Project” is coming out this Friday , Aug . 2 . This project embodies the emotions I went through over the past few years enduring the fear of choosing a path in life , the heartbreak of a passionate internet love , feeling alone , and whatever else you may find and relate to in there . Most of all it embodies hope and freedom for the human spirit. I hope you fall in love with this project and enjoy it . Thanks to everyone who listens and has helped me so far , too many to name . So much love . Going to the Khalid concert tonight at MSG . Hope I get to meet him 🙂

The Slow Rage Project is a kaleidoscope of melodies produced by New York musician Mike Irish. The EP’s defining sounds are Masi’s oddball harmonies and the vocal distortions that are present throughout all seven tracks. The body of work is loaded with genre-benders, teetering somewhere along the lines of lo-fi hip-hop, electronic music and ambient R&B. Think The Weeknd‘s old mixtape aesthetic coupled with the vocal concepts present in Kanye West‘s 808s and Heartbreak album.

In the best way possible, most of Slow Rage‘s songs play out like background music for an acid trip scene straight out of HBO’s Euphoria, especially “Stardust” and “Hot Mess”; the latter being one of the EP’s most solid highlights. “Nightlife” is the sonic outlier tucked into the tracklist. It’s a considerably brighter sound that tosses you into the passenger seat of a convertible as you cruise through a beach town with your closest friends. It’s a tune as sunny as the preference expressed in the chorus: “I’m not a fan of the nightlife / Much prefer living in sunlight.”

Daydream Masi’s debut effort is an impressive one, making the visionary artist one to keep your eyes (and ears) peeled for. You can listen to The Slow Rage Project on Spotify below or on his official SoundCloud page.