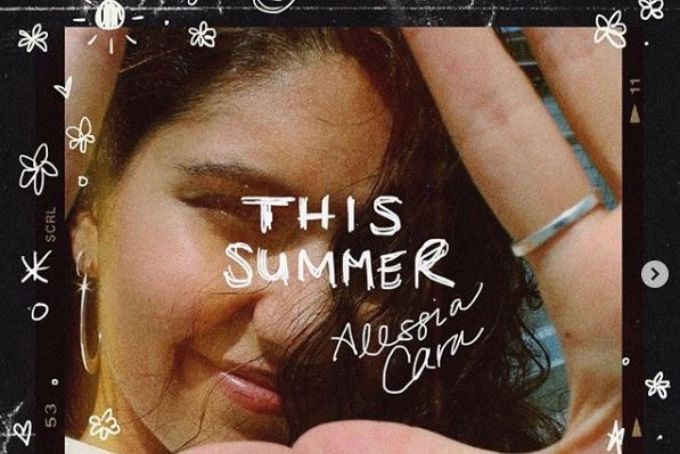 Alessia Cara gives up on a relationship gone sour in her funky new single “Rooting For You.” It’s the second track off her upcoming EP This Summer, which will be out September 6.

“Rooting For You” starts off slowly with just Cara’s vocals and an acoustic guitar. However when the chorus kicks in, a synth and drum line add an unforgettable groove to this song. “I was like, damn / Why you gotta be so cold in the summertime? / I was really rooting for you” is repeated throughout the song. The catchy melody, coupled with that hook, will be stuck in your head after just one listen!

The lyrics are just as fun as the beat. “Now I see you’re having so much fun with everyone / You had so much fun making fun of,” she sings and then laughs “Did you go and bump your head?” It’s a funny song about what happens when a relationship goes wrong, but you weren’t that emotionally invested in it anyway. It’s the musical equivalent of a shrug and it’s clear from the way Cara delivers every line that she had a great time putting this song together.

THE PAINS OF GROWING TOUR IS ON SALE NOW. tickets & VIP available at www.alessiacara.com🌻

The “Here” singer announced a fall headlining tour that will begin October 21 in Boston and end in November in Houston. Cara’s currently opening for Shawn Mendes on the North American leg of his tour, which wraps on September 6 in Toronto.

“Rooting for You” follows her previously released single, “Ready.” The five-song tracklist also includes “What’s On Your Mind?” “Okay Okay,” “Like You” and “October.”

Replying to a fan on Twitter, Cara said that her favorite tracks off her new EP were “Rooting for You” and “October.” She also referred to “October” as one of the most meaningful songs she has ever written. The singer described This Summer as a “collection of little stories.”

Hopefully the rest of Cara’s This Summer EP will help us forget summer’s almost over!