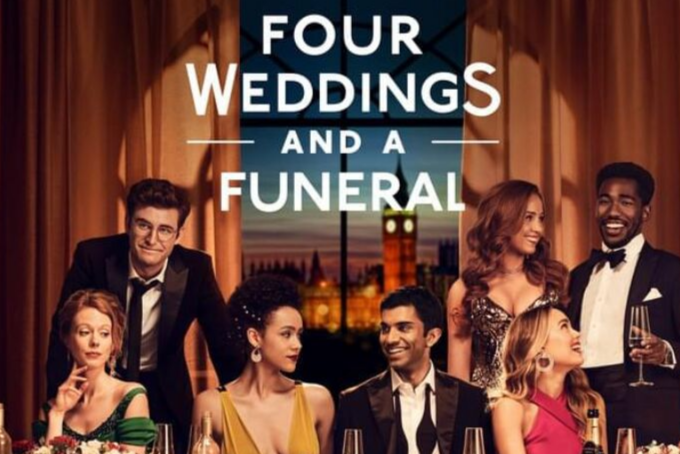 If you’re like most people, the name “Skylar Grey” probably elicits moody images—ones pulled from the Eminem’s 2011 song “I Need a Doctor.”

These days, however, Skylar Grey is much happier. No longer is she a moody siren, but instead, an upbeat, jazzy songstress with a song that sounds like it got lost on its way to a Sara Bareilles album.

Skylar Grey’s latest single “New Kind of Love” was written for the Hulu reboot of the classic Four Weddings and a Funeral—and for what it’s worth, it is the perfect “rom-com” song. It’s jazzy, jaunty, and just as warm, cozy and inoffensive as hot cocoa.

You’ve all waited patiently… and now it’s time to hear some new music 🎶 “New Kind Of Love” (from @fourweddingsandafuneral) is out everywhere NOW. There’s more where that came from, so get ready!!!

It’s marketable, but it’s not memorable, and unfortunately, Grey’s voice isn’t used in its full potential here. Blessed with the ability to write some pretty indelible pop songs, like Macklemore’s “Glorious” or Diddy’s “Coming Home,” “New Kind of Love” just doesn’t stick with listeners—though maybe it’s not meant to.

After all, it wouldn’t make much sense to have a slow, sad ballad for a piece of media like Four Weddings and a Funeral, but at the same time, this song is so generic that it makes one wonder why Skylar Grey was tapped for this project.

And even though it’s excellent to see women get opportunities in this wild industry, it’s always a little disappointing when those opportunities don’t quite meet expectations.

Overall, Grey is a much more interesting artist than this song lets on. The biggest benefit of this song is that it signals Skylar Grey’s return—and that’s something we can celebrate, even if we can’t remember this song.