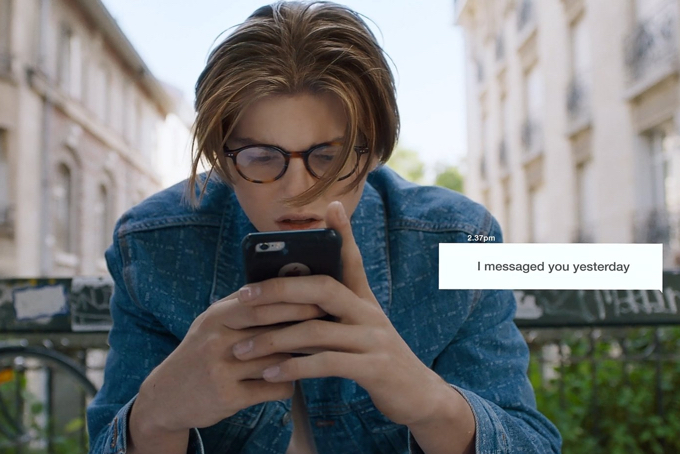 Australian singer-songwriter Ruel is only 16 years old, which is shocking given his mature, soulful voice. What’s not shocking is that he understands the correlation between social media and obsession, given the fact that he was born in the early 2000s and grew up in an internet-savvy world. The newcomer has been having an incredible year, touring all over the world and living his best life. In the midst of it all, Ruel took the time to gift us with his “Face To Face” single and its accompanying music video, which details 21st-century infatuation in the creepiest way possible.

Arriving on the heels of “Painkiller“, Ruel’s summer track that still stands as one of 2019’s best (and most underrated), “Face To Face” is the second single from his upcoming EP, Free Time. The music video takes place in Paris, where the singer adorably tries to gain the approval of someone he follows online. But it isn’t long before his desire to meet “Face To Face” with the girl takes a stalker-like turn.

Things get weird rather quickly, but the Australian’s smooth R&B-inspired crooning offsets that uneasiness. Any fangirl or fanboy might even tell you that the plot resembles every Wattpad fanfiction ever. It’s a tangled web of lines being crossed and emotions being heightened, which is quite common with the aid of social media. You know things are getting crazy when Ruel forges a backstage pass to meet the object of his affection at one of her shows.

Music video aside, if you focus solely on the lyrics you’ll notice just how relatable the song is. Most of us can relate to lines like, “I’m in my bed sitting, talking to screens all day” and “I messaged you yesterday // Haven’t heard back yet // Did I do something wrong?” As simplistic as they are, the words are intensified by how passionately the 16-year-old brings them to life.

You can watch the infatuation spiral in “Face To Face” below, and be sure to check out Ruel’s official website to catch him on tour this fall.