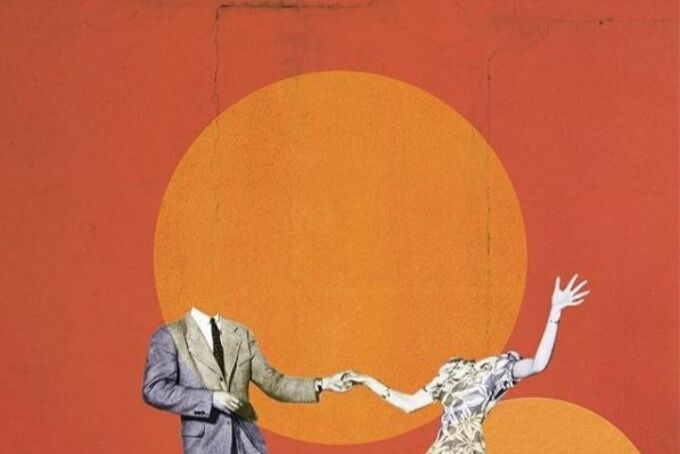 Open with a heavy power chord. Break it with light mouth percussion, paired with the refreshing voice of Josh Taylor and you get “ok ok?” The opening track leaves a lot to be digested and more to crave. This is the beginning of Half•Alive‘s debut album Now, Not Yet.

After stunning audiences with their visually complex music videos and fresh indie sound, Long Beach natives Half•Alive are here to present their first album. During the 12-song journey, the band explores every facet of indie rock and pop they can get their hands on. It’s hard to skip a song once you hit play. The complicated “ok ok?” runs straight into the high-energy “RUNAWAY.” The drums drive the track ahead and give a glimpse into the light-hearted but sophisticated nature of the band.

They pull out all the tricks throughout the record. Nostalgia playfully rises as the record comes to the centerfold. “TrusT” wraps the ears in lush synths. Somehow the song sounds familiar while still being something completely new. Taylor uses talkative cadences while singing, almost speaking right to you while laying down melodies.

The synth-y vibes continue on “arrow,” showing off the more groovy side of the group. The trio does a good job of consistently mixing up styles of the tracks as the album goes along. This doesn’t diminish the unique feel of the record as a whole, however. The group makes each song their own and distinguishes their sound as something unique.

The standout track on the record has to be “Pure Gold.” It has the classic indie oo’s and ah’s that bury into your brain. The breakdown of the track turns it into a hodgepodge of styles that blend together to create a track you can’t stop listening to.

The group features artist Kimbra on their track “ice cold.” — a funky groove of a track. “BREAKFAST” feels as though they sprinkled a little bit of Bon Iver on “Pure Gold.”

•outside lands- you were stunning. thanks for giving us a stage big enough to dance our pants off #outsidelands #nownotyet

The record wraps up with “creature.” Heavy synths blend together with acoustic guitar picking. “I am creation, both haunted and holy / Made in glory” Taylor croons over the pulsing synths.

Now, Not Yet is an honest and bold debut from this breakout group. It deals with the sense of self that we all feel. It reminds us of how to overcome those feelings of doubt and come out to be strong, independent people. Maybe it’s the artist’s journey, but it feels like the human journey as well. Check out the album below and make sure to catch Half•Alive on tour this year!