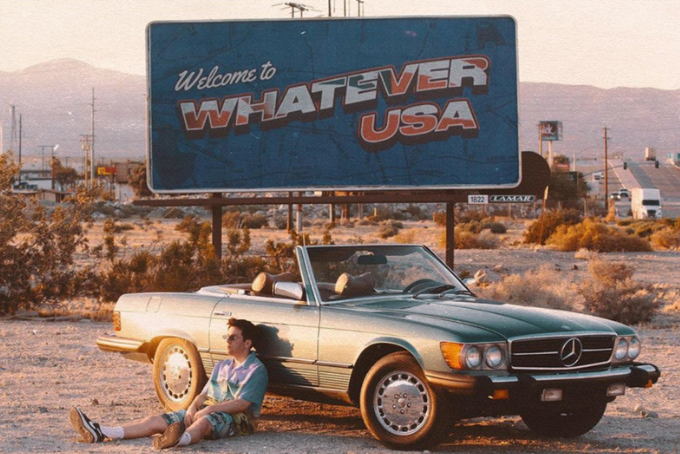 The nine-track project tells the story of the ups and downs of the past few years — particularly while creating this new record. Since his 2017 album, The Hype, the independent artist has released multiple singles, including “Wasting All My Time” and “Operation” featuring CHRYSTAL.

Fans got a taste of the new era with three singles that have already been released this year: “Never Going Back, “Come Around” and “Hell of a Time.” This new album brings some nostalgia of his early music like his mixtapes Pep Rally and All American while also offering a whole new vibe for a brand new era.

“60 seconds” is the third track off the album which features hip-hop/rap duo Gianni & Kyle with a chorus that will definitely be your next earworm.

Another single, “You Should Let Me Know” gives a simple yet upbeat vibe as Hoodie reminisces on a past relationship and the pain and hurt that was felt.

“Hometown Kid” is a song off the album that probably encompasses the album as a whole as hoodie talks about being a small-town kid and how far he has come. It truly sets the tone for what the 30-year-old artist hopes were to portray through the album as he wanted fans to find themselves in it and make their dreams happen.

Although independent, Hoodie has seen so much success already. His debut EP landed a spot on Billboard’s Top Albums, and soon after, he released his popular 2013 mixtape, Crew Cuts, and first full-length album, People Keep Talking. He has also collaborated with a multitude of artists, including the likes of Ed Sheeran, Chance the Rapper, Blackbear, Kyle, State Champs, MAX, Spencer Sutherland and many more.

Hoodie is one of the most passionate artists around, and he is truly the epitome of dedication and hard work — constantly releasing new music and giving his all for his fans. And all this gets done despite not having a label to back him.

With the new record, the rising independent hip-hop rapper aspired to evoke the feeling of “falling in and out of love with your surroundings,” and wanting fans to “find themselves and place themselves on the map of Whatever, USA.” And he succeeded. That’s exactly what is felt while listening to the album.

Now, with the release of an album that is sure to put him on the map, Hoodie is getting ready to embark on a few festival shows in the UK. On top of that, phase one of the Whatever, USA tour is set to take the “Surprise Party” rapper throughout North America with special guest Jake Miller as the opener.

If we were you, we’d start adding Hoodie to your playlists now and listen to WUSA available on all streaming platforms.