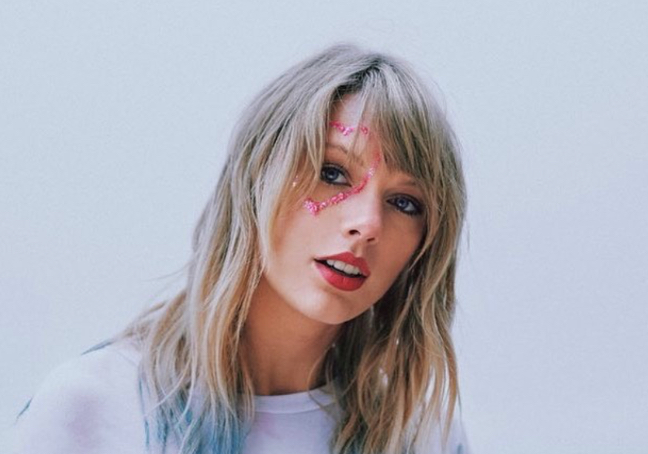 We’ve watched Taylor Swift grow from a teenage country star to a dignified pop legend. She wrote songs about the teardrops on her guitar and what it was like being a lovestruck 15-year-old yearning for the high school superstar quarterback. But the Queen of Breakup Anthems is now shifting her image on her brand new single, “Lover.”

The track begins with a strong acoustic feel as guitar strings and echoey vocals take over. Swift questions if she’s known her lover for “20 seconds or 20 years” — the feeling of true love translating through her lyrics. The 29-year-old became known for her famous boyfriends — experiencing the brunt of tasteless jokes about her seemingly normal love life. Just like any other twenty-something, the singer dated, endured heartbreak, and vocalized her feelings about each and every relationship she was in. But unlike most people, she was often villainized and shamed for using her songwriting talent as a coping mechanism. But now, her songwriting has traversed into unknown waters — unadulterated happiness.

The single is most likely about Swift’s current boyfriend, Joe Alwyn. “Can I go where you go? // Can we always be this close? // Forever and ever,” the pop star adoringly sings, expressing an unwavering love we don’t hear often from Swift. She sounds hopeful for a satisfying future — something we wouldn’t expect from a Red era Swift.

Produced alongside Jack Antonoff, “Lover” reverberates as if it’s being blasted through an empty stadium. It differs from the artist’s previous singles — “ME!” was sugary-sweet bubblegum pop while “You Need To Calm Down” served witty pop realness. Swift’s maturity shines through as a soon-to-be 30-year-old finally finding genuine, all-consuming love.

The megastar can be funny, clever and relatable. Throughout her career, she’s managed to create the soundtrack to many of our teenage lives. When we went through the darkest high school breakups, we obsessively listened to Speak Now, understanding every emotion in “Last Kiss.” Swift took our broken hearts and tried to mend them back together. She knew how we felt, and when we couldn’t verbalize it, she did that for us.

Lover, album out August 23. Cover shot by the artistic genius that is @valheria123 💗 Pre-add, pre-save, pre-order (all the pre stuff you feel like doing) Can’t wait for you to hear this.

Now that she’s grown into a woman in love, we’ve grown with her. She offers us the idea of self-love, but also emotional availability. “Lover” proves that heartbreak might be worth it despite the turmoil it forces us to withstand. Swift bared her soul countless times, recalling the instances she was blamed for her overwhelming emotions. None of that would be possible without the courage to be vulnerable, allowing love to break and repair her all at once.