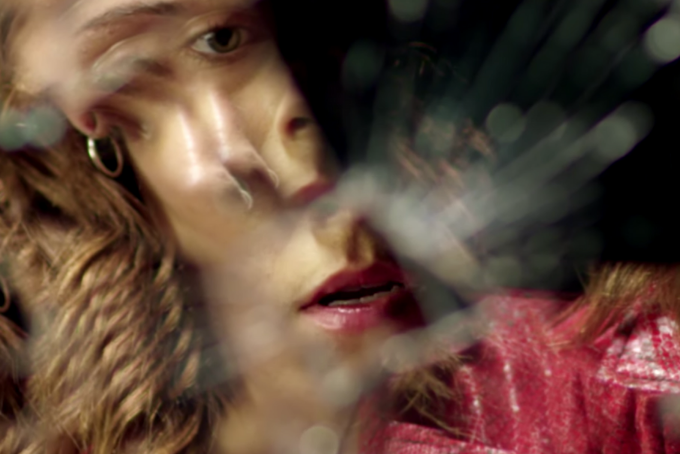 PVRIS is back with the long-anticipated follow-up to their 2017 sophomore album, All We Know Of Heaven, All We Need Of Hell.. The second single from their forthcoming third album, “Hallucinations,” is an alluring pop track with electro-rock influences bringing a new life to the band’s edgy sound.

PVRIS began this era by cryptically sending fans a Flexi disc vinyl of the track over the week prior to “Hallucinations'” August 16 release for an exclusive first listen. PVRIS has also announced that they are releasing an EP on October 25 before their third album due out in early 2020 with Warner Records.

The music video for “Hallucinations” is the textbook definition of a bad trip. From distorted faces, heads stretched away from their bodies, trippy tea parties and frontwoman Lynn Gunn traveling through the darkness with a pair of goats she holds on rope leashes. The video is a perfect example of some of the things you see when tripping.

“Hallucinations,” lyrically… I mean, the very face value aspect is hallucinations, and type of hallucinations you can experience, and personifying that—or turning that into a context relating to a relationship or whatever. But that song encapsulates a perspective I have about the supernatural versus reality versus the physical world, I guess. There’s a lot of different perspectives on how those things exist together or whether they do exist together,” Gunn told the Alternative Press

You can see PVRIS at Reading on August 24 or at Leeds on August 25 in the UK this weekend or on their upcoming intimate North American tour starting next month in Los Angeles on September 6. Dates and information on the sold-out club tour are available on the band’s website.