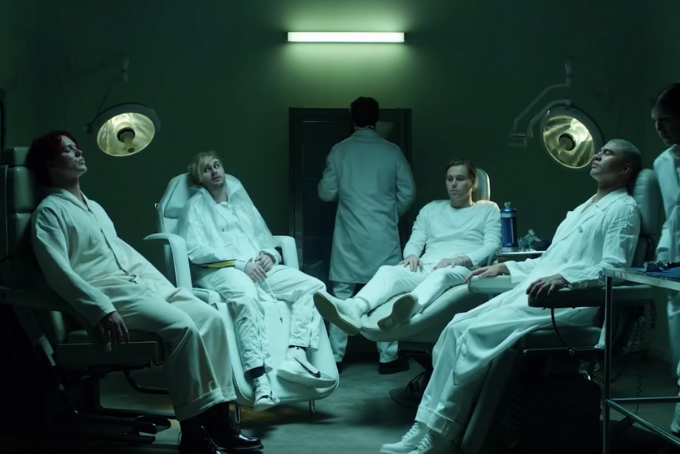 Described by members of the band as one of their favorites, the excitement for this new 5 Seconds of Summer single was definitely high. And as usual, they delivered and gave fans another masterpiece!

This is my favorite song we’ve released for sure, I really hope you enjoy TEETH. It is yours now ❤️🤘

First impression? That bassline though. Calum Hood came trough with the trance-inducing bassline that loops throughout most of the new track and will stay haunting you long after it’s over. Luke Hemmings is also showing the world those vocals! With this being the second single from the band’s new era, both songs have featured some sort of falsetto, showcasing Hemmings’ vocal range.

Michael Clifford’s powerful, sleek and electrifying guitar riffs exemplify “Teeth” symbolically — sharp. That outro, however, was from none other than Tom Morello, who lent his amazing guitar skills for the track!

In a recent interview with Zane Lowe and Beats 1, the band said, “We’re grateful enough to have him on the track and he plays the last outro. That’s a big feat for us as well. We were rehearsing we missed the opportunity to be there but we have recorded proof that it was him.”

The lyrics speak of the highs and lows that can be found in a relationship — “Fight so dirty, but your love so sweet // Talk so pretty, but your heart got teeth” — giving the song its namesake. And the music video is just as dark as the song’s lyrics.

5SOS seem to be in a simulated nightmare situation after being put to sleep in some place resembling a dental office. Each band member has to fight their own battle before waking up at the end of the video. Drummer Ashton Irwin even switched out his drum for the track! Saying, “The drumming approach was taking notes from TAIKO style, masculine, athletic, primitive and aggressive (to me).”

I loved creating the video for TEETH. I got to express myself through all types of powerful movements and elegant expressions of the body! The wind tunnel was the expression of repression within the soul, constantly fighting within till you reach the light / contentment. The drumming approach was taking notes from TAIKO style, masculine, athletic, primitive & and aggressive (to me)

Fans are loving the new track and have been playing it on repeat since its release!

My mom dragging me to hospital after I listened to #TEETH5SOS pic.twitter.com/ZuaMrAHBTF

guess which masterpiece will be on play now for the rest my life @5SOS #TEETH5SOS pic.twitter.com/BqwOPvr4lD

Check out the video for “Teeth” below and let us know what you think in the comments or tweet us @soundigest! Don’t worry, it won’t bite.