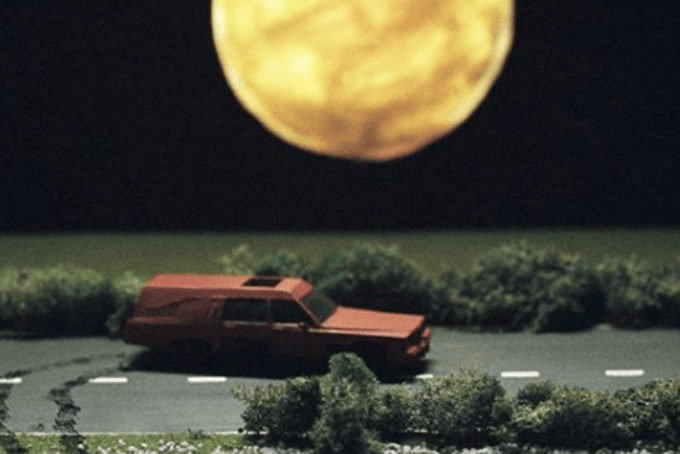 Last Friday, Red Hearse dropped their first project: an 8-song, self-titled album. The group is made up of Jack Antonoff, Sam Dew and Sounwave. You might not have heard their names before, but you’ve definitely listened to their music. Antonoff is a producer and writer for artists like Taylor Swift, Lorde and Lana Del Rey, and the frontman for his group, Bleachers. Dew has credits on Rihanna, Mary J. Blige and Jessie Ware songs. Sounwave is an Oscar-nominated and Grammy-winning producer, and longtime Kendrick Lamar collaborator.

They’ve all run into each other through the years and decided to form a group, just for fun. Of course, the project quickly took off, and the album, Red Hearse, is as innovative and catchy as you’d expect.

The opening track, “Half Love,” begins with vintage-sounding strings, but quickly drops into a catchy, beat-driven melody that you just have to dance to. The song is about confronting the doubts the singer has in a relationship, singing, “I’m just too good for that half love.” It’s a soulful song, but still fun enough to make you want to scream the lyrics out of your car window.

“Violence” is different from the radio-friendly vibe of the opening track. The verses are sparse, with just vocals and low synth tones. As the song progresses, more layers are added, but it still has an empty feel. It works with the lyrics; the song is about wanting your partner to show them everything, to “step out the shadows.” The simple instrumentation makes the plea even more moving.

The title track, “Red Hearse,” was the first single off the album. It shares the same radio-friendly sensibilities of “Half Love,” but the chorus’ production makes it something truly unique. The verses are accompanied by the synth sounds that have characterized so much of Antonoff’s work as a producer, but the chorus adds instrumentation that makes it feel like a completely different song.

The next song, “You Make It Easy,” has a retro feeling, from the vocals to the production. The song is about how easy the singer’s ex makes it to fall back in love. “I’m falling back apart // ‘cause of you // like I tend to do,” sings Dew over the 80s-style production. It’s not as experimental as other songs on the album, but with the guys of Red Hearse, it still feels fresh.

“Honey” opens up with a distorted melody that wouldn’t sound out of place on a broken-down carousel. The song has a seductive feel and, with lyrics like “Yeah, we move slow like honey // yeah, you know, you make me feel it,” it’s easy to see why. The background is full of strange sounds that keep this song from being just another R&B-style slow jam.

Jack Antonoff shared on Twitter that “Everybody Wants You” is his favorite song off the album, and it’s definitely one of the strongest. The song tells the story of someone in the midst of unrequited love, which is a familiar story for all of us, but the lyrics make it something special. With lines like “There’s a line around the block to get inside your head” and “What can I do? // It’s love and I got the proof,” this song paints a vivid picture of what it feels like to long for someone you know you’ll never have.

i was born to bleed …. red hearse out now

“Born To Bleed” has the feel of a stadium anthem. The song is about letting someone do whatever they want to you in a relationship because you were “born to bleed,” but it almost feels like a song of self-resilience. The chorus lyric, “You can cut me, doesn’t matter // All the better // I was born to bleed,” can be taken in different ways, which is what makes this song so interesting to listen to.

The album finishes up with “Blessin’ Me,” an upbeat song about how their partner’s love blesses them. “‘Cause it’s all about the feeling // Every time I get it // Oh, I won’t forget it // You’re blessing me,” might be a simple line, but it conveys the simple happiness you get when around the people you love. It’s a positive end to an overall positive album.

This might just be a one-off project for Antonoff, Dew and Sounwave, all very talented and in-demand artists, but the album is something truly special; fingers crossed they find the time to team up again!