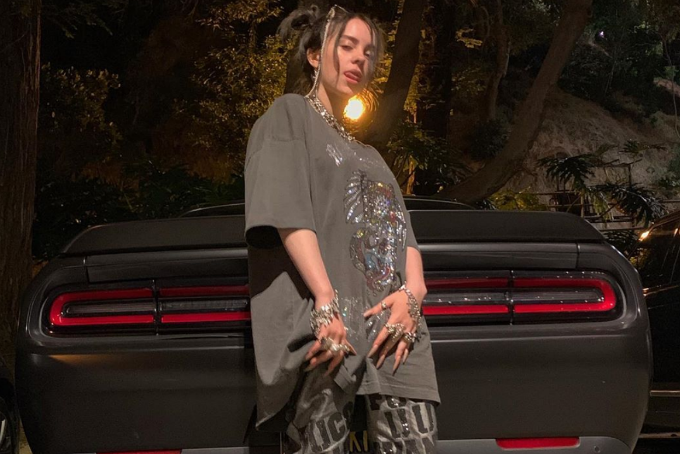 Billie Eilish and her brother, Finneas, who is the sole co-writer and producer of “Bad Guy,” are ecstatic about the track hitting number one on the Billboard Hot 100.

“Bad Guy” dethroned Lil Nas X and his 19-week No. 1 streak with “Old Town Road,” which broke the record previously held by Mariah Carey for “One Sweet Day.” “Bad Guy” was No. 2 on the charts for almost the entire 19-week period and even a remix of the track featuring Justin Bieber couldn’t end the reign of “Old Town Road,” that is, until last week.

Speaking to Billboard about “Bad Guy” reaching number one, Eilish said, “My first reaction was I didn’t even care at all because, because⁠—listen here—I was told [previously] we were trying hard to make it No. 1, and then I was told that it didn’t get to No. 1. So then I thought that it was done for, over with, [Lil Nas X] won. And then they were like, ‘It’s No. 1!’ And I was like, ‘You’re lying.’ Because I literally thought they were lying. [I figured] let [Lil Nas X] have his moment, but I was really happy to hear it actually was true. It’s been really great.”

Finneas added, “I’m very grateful ‘Bad Guy’ is doing so well—it’s shocking and surprising and gratifying—but I do think it’s important to try to make the next song that people are gonna be excited about.”

“What’s funny about it is I actually thought it would flop… because the chorus doesn’t have a hook—at least what we wrote as the chorus. Because the chorus is [hums synth riff of ‘Bad Guy’]. My brother and I actually sat in his room trying to write something else over that but we couldn’t do it because nothing else worked. [We didn’t] want it to be empty there, but we were just like, ‘I don’t know if anyone’s going to like this, because there’s no lyrics here.’ For some reason people do like it and it’s huge now. It’s one of my favorite songs I’ve ever made. It’s my favorite to perform, it’s so fun. I’m so proud of that song.”

When asked why she thinks “Bad Guy” resonates with so many people, Eilish said, “I think because it’s fun. It’s a weird thing to hear come out of a girl’s mouth. I think Nicki Minaj said in one of her songs [‘Chun-Li’] that she’s the bad guy, and I didn’t realize that until recently. It’s such a cool juxtaposition of that sentence. Why do people resonate with it? I know why I resonate with it, but they’re all my own reasons. I think it’s just fun. It’s catchy. It’s a weird-ass song! But it’s catchy.”

Cheers to Billie and Finneas for a huge career accomplishment!