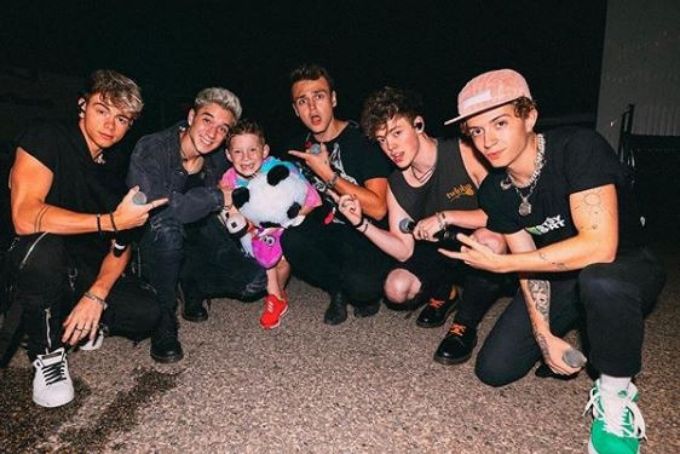 If you’re looking for that summer love song, Why Don’t We have your back. The band dropped their beautiful ballad last week and it has us all in our feels. With Ed Sheeran as one of the contributing writers, it’s sure to make your heart melt.

“What Am I” is the eighth single the quintet has released this year as part of their 2019 project of monthly single releases. It’s the perfect love ballad with an acoustic pop melody, paired with their harmonies, lyrics that take you away and each member’s flawless vocals, which make this song so beautiful. Quite honestly, it’s their best yet and is sure to bring them to the top of the charts.

The ballad has been described as “more than just 8/12” and describes the realization of falling for a girl and the hope to one day be with her, when Corbyn sings, “And one day we could be more than two long souls just passing by” and Daniel comes in with him, singing in the chorus, “If I said I’m fallin’, would you just reply / ‘I know you are, but what am I?’”

Before the single’s release, the members expressed how close to their hearts the single was and how special it would be. It’s definitely a special one. The “I Still Do” singers’ excitement for the release came with fans’ enthusiastic responses to the song.

The Andy Hines-directed visual premiered Friday and has already gained over two million views. It opens with a small gathering of friends at a beachfront house and focuses on each member, as he sings his part while Daniel and Corbyn play acoustic guitars. Reminiscent scenes of the five guys with friends at a beach bonfire also appear between single shots.

“What Am I” shows definite growth within Why Don’t We’s music, giving them the chance to truly make their mark and expand their recognition within the industry. Check out the video for “What Am I” below and make sure to stream the single on all available streaming platforms!