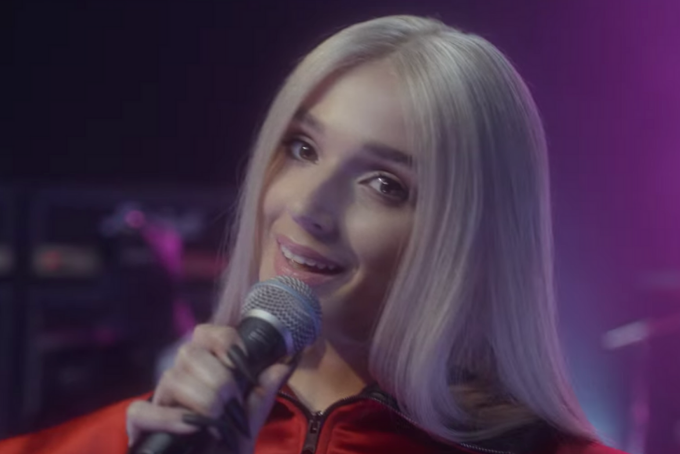 But now that Billie Eilish has hit the scene, you’re going to have to try a lot harder to stand out.

With her latest single, “Concrete,” Poppy is trying her hardest. Some might even say she’s trying too hard.

“Concrete” is clearly trying to be shocking and jarring and weird with its combination of two juxtaposing genres. The problem is that mixing sugary-sweet teen pop with heavy metal has already been done, and Poppy is about five years late to the party.

No, nobody’s forgotten about Babymetal, nor the slew of imitators they’ve left in their kawaii metal wake. More importantly, Poppy isn’t even the most impressive or strange of the Babymetal imitators. Heck, she’s not even the first white imitator.

Even the lyrics for “Concrete” fit squarely in the “cringe” category, reading more like a MySpace journal entry from 2005 than a properly creepy pop song.

In general, the “creepy popstar” trope has been underdeveloped, under-explored, and really, could be something that Poppy could dominate. We haven’t seen a macabre pop songstress since Lady Gaga in her Fame Monster days, and truth be told, the music scene could do with a little more weird and a little more creepy.

The thing about being “weird” though, is that it has to be authentic, or at least seem like it is. When weird is contrived it’s, well, kind of embarrassing. And when weird is both contrived and unoriginal, it’s just boring. And unfortunately, it’s almost always obvious when people are being weird for the sake of being weird.

It’s a shame, too, because “Concrete,” all things considered, isn’t actually a bad song—in fact, it’s incredibly catchy and fun—it’s just massively weighed down by its own artifice.

Poppy’s sudden pivot into metal is meant to be seen as the latest “unexpected” thing to come from her, but since the foray into the genre is so shallow. It doesn’t seem like a legitimate attempt at anything, other than trying to stay relevant.

More importantly, this latest left turn in the Poppy saga seems to be less about trying something different artistically and more about trying to escape certain accusations from another artist that the initial Poppy persona and sound was stolen from them. How ironic.

If anything, Poppy is proof that you shouldn’t try to be anything other than yourself. After all, everybody else is already taken.