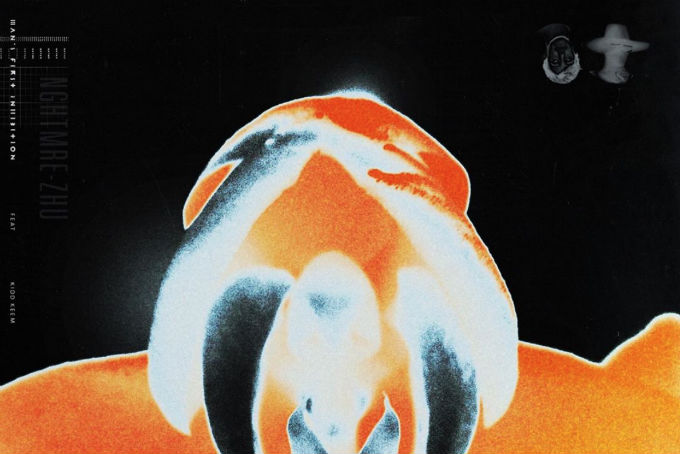 After a convincing plea from fans at Space Yacht in Los Angeles, NGTHMRE gave the people exactly what they wanted: an encore. What he delivered, however, was so much more. The Dubstep DJ teased the crowd with a surprise preview of his latest collaboration with ZHU.

Although we hadn’t heard much about the track since the small performance back in April, headbangers who attended Moonrise Festival got another taste of the highly-anticipated air when it was dropped during the GUD Vibrations set between NGHTMRE and SLANDER.

Who is ready for NGHTMRE x @zhu?!

The mysterious melody, now known to be called “Man’s First Inhibitions,” finally arrived in full late last week featuring vocals from Pittsburgh rapper Kidd Keem and — despite the fact that the two producers derive influences from opposite ends of the sonic spectrum — it is EVERYTHING.

The bass-heavy beginning eerily emulates a Stranger Things vibe as ZHU’s distinct vocals chime in to immediately intensify the mood. As the song continues, the influence from both producers remains strong without ever clashing. The breakdown leans more towards the trap side of things with Kidd Keem’s verse only adding more fuel to the fire. Regardless, one thing is for certain — in its entirety, “Man’s First Inhibition” slaps.

Drop a 🔥 if you've been listening to Man's First Inhibition on repeat! @zhu @realkiddkeem

“I’ve always looked up to ZHU’s music ever since the project first started,” NGHTMRE told Hypebeast. “A few years ago, I was lucky enough to get to remix his track ‘Blame’ with Ekali. He really liked the remix and we linked up and shared some ideas to possibly work on together. The ‘Man’s First Inhibition’ vocal really inspired me to make something glitchy and different. It ended up being a nice blend of both our sounds and still sounds fresh and unique.”

Listen to the eclectic epic joint effort below and enjoy the visualizer the two electronic dance music goliaths released with it. Let us know what you think in the comments section or by tweeting us @soundigest.