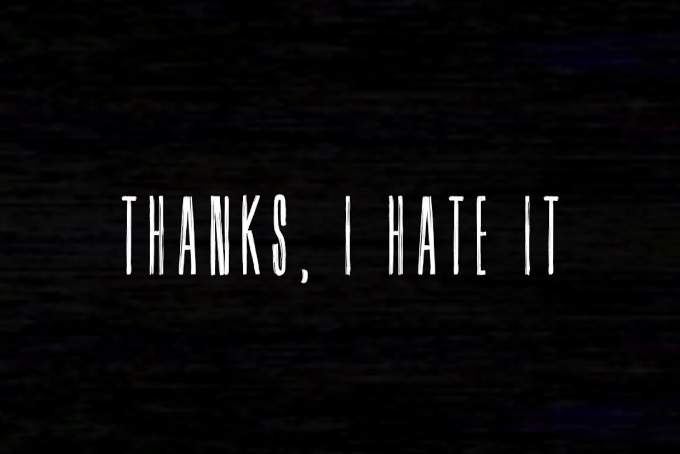 Mark Hoppus and Alex Gaskarth are at it again. Simple Creatures is the side project/collab of the Blink-182 bassist and All Time Low singer/guitarist. The duo has been cranking out synth-pop hits all year. The group released their first EP in March. Now Mark and Alex will be hitting us with another EP on September 13, but not without releasing some singles first. “Thanks, I Hate It” is a pop track with fun production that’s almost a diss track to fans who might not love everything the boys release. We love that Simple Creatures doesn’t take themselves too seriously. You can feel the fun energy radiating from all their tracks.

Lyrically, “Thanks, I Hate It” has a lot of clever lines. Mark and Alex are both talented when it comes to writing. Together they’ve formed a real super group that’s uniquely them. “Thanks, I Hate It” manages not to sound like either Blink or All Time Low. However the song has elements of the bands’ quirky songwriting styles. Lines such as “You bathe in the light of a trash fire” are cynical, but comical. “Stay the same but kinda different” shows them poking fun at fans who don’t want them to grow. Both musicians handle criticism in a snarky way, but know that they will still be supported by those who accept the changes and roll with the punches.

Musically, the single feels as though it has more production on it, especially with the more scratchy-sounding (in a good way) intro. Overall the Simple Creatures project takes advantage of pop/new wave sounds. It works well to set this band apart from Mark and Alex’s more pop punk work. The chorus of “Thanks, I Hate It” has a fun and catchy beat. To add to the irony of the song, they use robotic voices to sing “thanks, I hate it” in the chorus.

Once you listen to “Thanks, I Hate It,” it’s difficult not to have it on repeat. The boys have managed to find a fun way to engage both super fans and new fans through Simple Creatures. We can’t wait for the Everything Opposite EP coming in September. Hopefully this leads to more small shows and even more bops. Alex and Mark continue to shine as true creatives in the alternative scene, even when some people hate it.