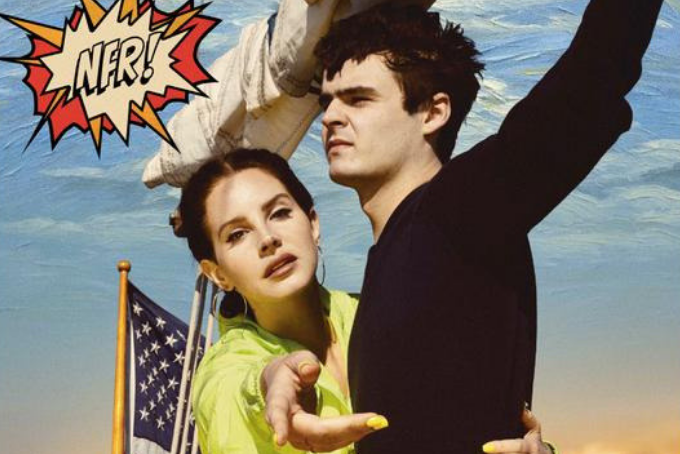 Yes, as the seasons turn, Lana Del Rey’s sixth full length album Norman F–king Rockwell! (often stylized as NFR!) is the perfect album to transition us from a hot girl summer into something a little softer, and a whole lot sadder.

The entire album has a feeling of yearning that coincides perfectly with the shifting of seasons—summer always ends much faster than you want it to, and the chill of autumn, no matter how cozy, always brings about a tinge of sadness.

Of course, Del Rey isn’t just sad. Or at least, she doesn’t let her sadness turn too much into mopiness. Her lyrics are just as cutting as ever, only softened by her gentle, crooning delivery. The title track, “Norman F–king Rockwell,” is a testament to this. It is not a weepy song of a lost love, though it certainly sounds like one on the surface. Instead, it’s an admonishment of the man it was written about. Del Rey is not sad about this relationship, necessarily. Instead she’s just accepting that, just maybe, men are subpar.

(They usually are for beautiful girls like Lana Del Rey.)

Though many influences have been tagged on to NFR! there’s an undeniable influence of the sad girl zeitgeist that has permeated indie music in the last three to five years. While we can, with confidence, say that this album has elements of folk, indie rock and even psychedelic rock on this album, the influence of bedroom pop, lo-fi and a certain brand of indie rock (like Mitski, Steady Holiday and Japanese Breakfast) is much, much more clear. Tracks like “Venice Bitch” and “How to Disappear” might as well have been on Mitski’s Puberty 2, they’re so stylistically similar.

The main difference, of course, between artists like Lana Del Rey and Mitski is the aesthetic of it all. While Mitski conveys her emotions as messy, real and raw, Del Rey is ethereal and airy, atmospheric and detached. Mitski is outright tumultuous—Lana Del Rey is quietly menacing. While authenticity is, of course, powerful, there’s something equally as powerful about the almost apathetic way Del Rey comes off in this record. While most artists seem to relive their traumas every time they play a song, Lana Del Rey doesn’t. She’s sad, sure, but she’s also kind of bored —and you’re the casualty of her boredom.

Impressively, there’s something absolutely effortless about every single song on NFR!. Sure, this results in a lot of songs sounding a little too similar to each other, but there’s also something oddly comforting and striking about the way every single song bleeds into the next, like one, soft and sad stream of conscious.

With all of that being said, NFR! isn’t “light” by any means. This album is personal and intimate and leaves you with a similar feeling that The Bell Jar does—a pervasive, omnipresent sadness that just sucks all the air right out of you.

All things considered, Norman F–king Rockwell! is an excellent record (dare we say classic?), and it was perfectly timed in its release. If anything could soundtrack the transition from summer 2019 to fall 2019, it would be this record, grasping for the last rays of summer sun as autumn closes in.