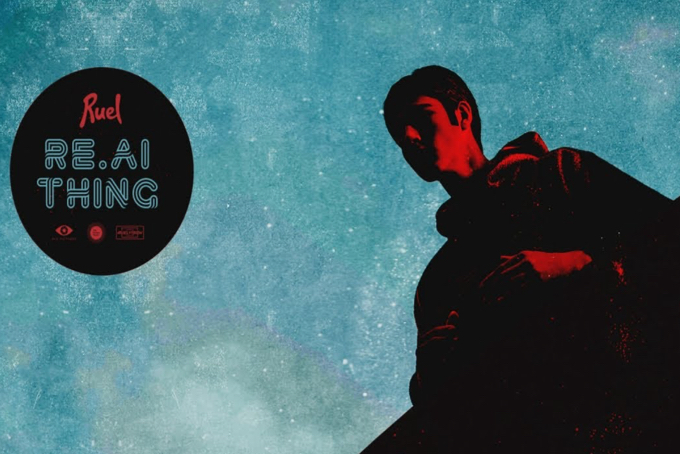 Australian rising star Ruel might only be 16 years old, but he’s on the verge of a massive world tour and the release of his Free Time EP.

In the meantime, he has provided a string of excellent tracks like “Painkiller” and “Face to Face” to keep his fans well-fed. His latest promo single, “Real Thing,” finds Ruel yearning for something more, and we can’t believe he even has to ask.

The Aussie has been generating a lot of buzz with his mind-blowing vocal abilities, and even top-tier musicians are keeping him on their radars. For example, the legendary Sir Elton John once told a younger Ruel, “You have the most amazing voice I’ve ever heard from a male singer at 14 years of age and it’s quite incredible.”

A quick listen to any Ruel song is enough to substantiate the Rocket Man’s claims. As a matter of fact, the budding star only gets better as the years go by.

The soulful, R&B-tinged “Real Thing” is inspired by the John Cusack movie High Fidelity. In an interview with Coupe de Main Magazine, Ruel revealed that the character of Rob Gordon in the 2000 film has a “main scene with him just being sick of fantasizing about people,” and he found it so brutally honest that he wanted to write a song based on the concept.

The 16-year-old comes off as mature beyond his years with requests like, “I want all the fights // You know I want all the tears // I want all the conversations // Tell me all your fears.” That’s one of the more endearing aspects of Ruel’s music—he’s an avid, honest songwriter who only gets better with experience.

The sound that Ruel experiments with in his latest track is reminiscent of Justin Bieber‘s 2013 Journals album. Fortunately, the Australian musician isn’t plagued by the publicity disasters that tainted Bieber’s career. Ruel’s current squeaky clean slate makes it satisfyingly easy to plunge into his crooning and appreciate his raw talent with no distractions. Ironically, that painless ease is exactly what he’s denouncing in “Real Thing.”

You can listen to “Real Thing” below and be sure to check out Ruel’s seven-track Free Time EP out September 13.