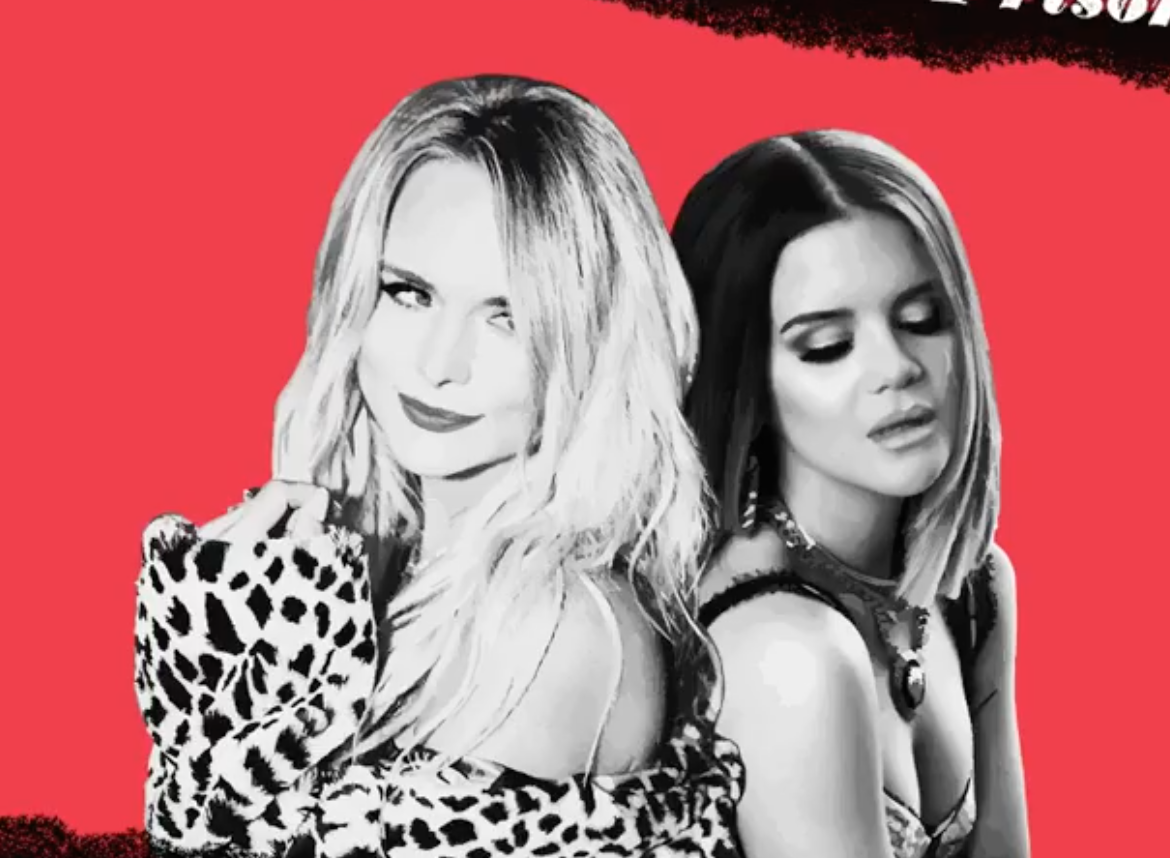 Miranda Lambert and Maren Morris indulge in a little revenge fantasy with “Way Too Pretty for Prison,” the latest track to be released from Lambert’s upcoming album, Wildcard.

The song is a honky-tonk blast of fun with both country superstars thinking about the many ways they’d love to get back at an ex — before ultimately deciding that they’re “way too pretty for prison.” The lyrics are full of darkly funny images, like rhinestone ball and chains, an antifreeze and Gatorade cocktail, and “that lack of waxing situation.” It’s one of those classic country “kill your boyfriend” fantasy songs that Lambert does so well. With Morris as her duet partner, this song conjures up images of a pair of outlaw femme fatales, even though one verse declares, “I ain’t Thelma / you ain’t Louise.”

Lambert revealed on Twitter that the song came together after a night with her friends.

This song was inspired by a wine night I had w/ @karenfairchild. I always tell people, “don’t leave if you’ve been drinking, cause you’re way too pretty for prison.” The Love Junkies & I turned that into a song & @marenmorris sang her ass off on it
Listen: https://t.co/lBHgTze9Pv pic.twitter.com/mPNoRU74XI

Morris was also excited to share the track, writing on Instagram, “When @mirandalambert told me about this song back at the ACMs, I knew it’d be full of wit and some Texan bite. Happy I could be a partner-in-avoiding crime on it with her.”

This track isn’t the only thing Lambert and Morris are sharing, though. In September, Lambert will launch her Roadside Bars and Pink Guitars tour with Morris as one of her openers. The Pistol Annies, Lambert’s country girl group, will also be opening.

#Wildcard. Out Nov 1. (Preorder + Presave at link in bio)

“Way Too Pretty for Prison” is the fourth song off Lambert’s upcoming album, Wildcard, which drops Nov. 1.