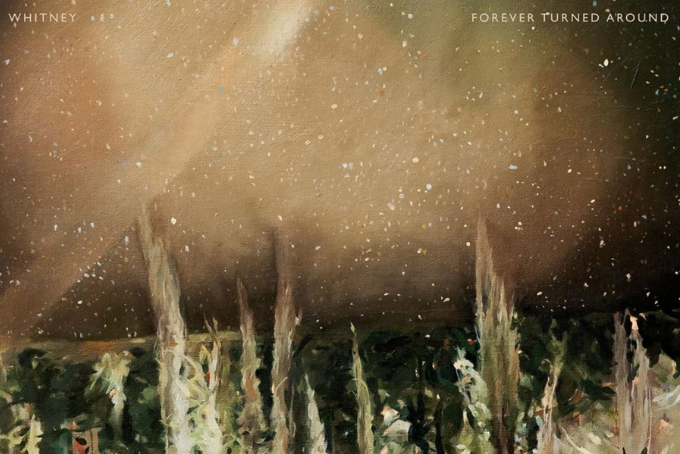 Indie-duo Whitney recently released their second album, Forever Turned Around, on August 30. Originating from Chicago, Max Kakacek and Julien Ehrlich have been rocking since 2014.

The break-up of Smith Westerns marked their beginnings, leading Max and the former drummer of Unknown Mortal Orchestra to form their band. Their debut album, Light Upon the Lake, was a bold start, creating electric guitar riffs with both upbeat and mesmerizing slower tunes. And let’s not forget the success of their first song off the album, “No Woman.”

Forever Turned Around brings songs that feel weightlessness and ease into beautiful horns. The right riffs along with orchestral backings give us the perfect way to ease into the colder fall season. “Giving Up,” “My Life Alone,” “Song For Ty” and “Friend Of Mine” are Whitney at their finest. Giving us their distinct sound, but with that, much more. The perfect combinations of laidback guitars with backing brass. Compared to their previous album, this album proves to be more refined and a seamless.

Despite Whitney’s overall relaxed and slow dancing feels, they cover topics such as loneliness and straying commitments. Whitney’s lyrics on Forever Turned Around are heavily inspired by their long touring lives and the strains it has on their long-distance relationships. With lyrics like “I feel like I’m holding on // To a place in your heart that’s long gone,” on “Valleys (My Love),” Whitney manages to pull at our heartstrings while also simultaneously giving us a song that makes use want to dance around in our living room.

Be sure to check out the new album available now on all streaming services, and you can also catch them on tour! The duo will be stopping by a handful of European spots before heading back home for a nearly sold-out four-night residency in December.

Tickets for Friday and Saturday night @thaliahallchicago shows are SOLD OUT! You can still get tickets for Thursday and Sunday night shows by heading to the link in bio.