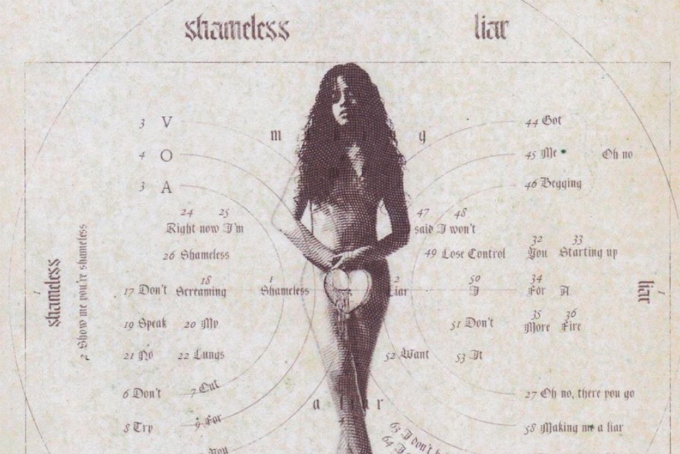 Camila Cabello wanted the opinion of two of her songwriting heroes, Ed Sheeran and Taylor Swift, on one of her brand new, unreleased tracks from her forthcoming album.

The 22-year-old “Havana” singer just dropped two new tracks from her upcoming album, Romance, called “Shameless” and “Liar.” To promote the dual releases, Cabello called in to 97.1 AMP Radio last Friday, September 6. In addition to speaking about the two tracks, she also revealed details about an unreleased track from the album, including the fact that she showed and played it for her friends and fellow musicians, Ed Sheeran and Taylor Swift.

“I played them both the song and I remember Ed was like, ‘This is the best thing you’ve ever done,’ and Taylor loved it. That really meant so much to me because they’re my songwriting heroes,” Cabello told morning show hosts Edgar Sotelo and Chelsea Briggs. “It’s very heartfelt and very my kind of song,” she continued. “It’s a song that I feel like I’ll be so proud of when I’m 80 years old.”

Speaking about “Liar” and “Shameless,” the singer/songwriter revealed that the tracks were written just a week prior to the release of her duet with Shawn Mendes, “Señorita.”

“I think that these two are the same chapter of the story,” she explained when asked why she dropped two songs at once. “It’s the same situation and basically two different sides of it. I wrote both songs in the same day. “It [the story of the two songs] was about a person I didn’t want to have feelings for and I didn’t want to face my feelings,” she added. “I didn’t want to like him because I was scared.”

The release date for Romance has not been announced yet, but judging by these two promo singles and what Ed and Taylor had to say about the track that Cabello played for them, we can’t wait to hear the album in full.

You can listen to the full radio interview below: