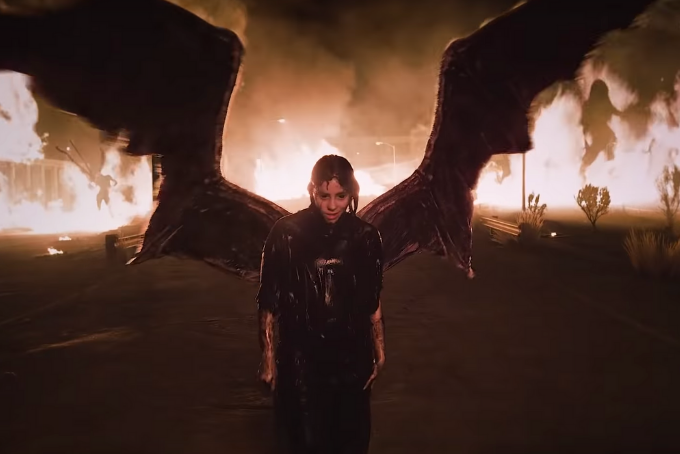 Billie Eilish is easy to make fun of.

There’s a level of self-importance that can only come with being 17. She’s dark, misunderstood and artsy.

On the onset, Eilish is everything annoying about fakedeep teenagers, and because of that, it’s easy to dismiss the fact that she is actually really really good at what she does.

There’s probably commentary to be made here about sexism or ageism, especially considering acts like Twenty One Pilots and Palaye Royale are getting away with a similar level of theatricality and faux-edginess with considerably less grief, but we’re not here to talk about men today.

We’re here to talk about “All the Good Girls Go to Hell” and its accompanying music video.

Released on September 4, “All the Good Girls Go to Hell” is a continuation of “Bury a Friend,” and looks like it’s the beginning of a sort of Billie Eilish canon. And while Eilish isn’t the first musician to ever have a story attached to her music, it’s still an admirable and ambitious effort to come from a pop-starlet.

Speaking of “admirable and ambitious,” consistently, the visuals in Eilish music videos are excellent. While it’s easy to hate on something that’s obviously trying to be deep and symbolic, doing so wouldn’t be fair to Eilish, who against all odds, still made a really cool music video.

Clearly influenced by the (ahem, overdramatic) music videos that came out of the early 2000s era of emo, “All the Good Girls Go to Hell” is a dark, pseudo-symbolic number about, well, you know, being betrayed, or… something like that.

That makes sense, right? She gets injected with some stuff, she grows wings and falls from the sky, and then her feathery wings turn into bat wings and her eyes are all blacked out. It’s not the most straightforward thing in the world, but it does look really cool.

And sure, the whole fallen angel metaphor has been done to death, but the way it’s done in this music video is just subtle enough. The music video doesn’t try to tell too much of a story, and instead, lets the viewer relish in what they do see—and maybe even create theories of their own. While many artists opt to overdo their messaging these days, Eilish has faith in her fanbase, and she wants them to draw their own conclusions.

It is, to some degree, insufferable, but no more than any other artist, and there is a sense that even though she’s fundamentally a pop star, this is genuinely her music and genuinely her image. Nobody’s making her be weird to sell records. She just kind of is and has enough talent to make real art out of it.