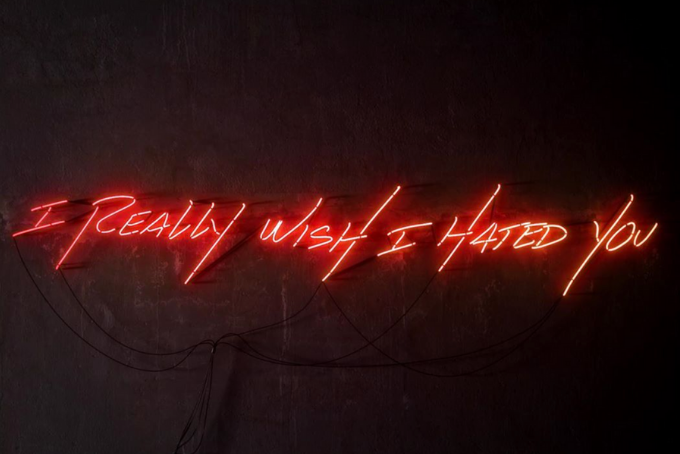 Blink-182 has not slowed down since announcing their new album, Nine. The pop-punk legends’ ninth studio release is due out later this month on September 20, and so far, the band has given us four singles: “Blame It On My Youth,” “Darkside,” “Happy Days,” “Generational Divide,” and now, “I Really Wish I Hated You.”

The electric, bass-filled track is just a few short weeks ahead of Nine and will be sure to keep you longing for a lost relationship you wish you could find again. “I Really Wish I Hated You,” is a track that points you in Blink-182’s current musical direction of electronically-charged pop-punk.

The band also released a dark tone lyric video for “I Really Wish I Hated You” to give you a visual of the mood the the band is going for. You can watch the video below:

The band has created a nostalgic interactive experience for their upcoming album Nine by creating “ninespace,” which is a way for fans to live through the good ole’ days of myspace, blog entries and playlists on your wall. Debuted on the band’s Instagram, the site includes all of your nostalgia needs from old exclusive band photos, blog entries as well as an “about Blink-182” section. You can find all of ninespace’s goodness here: https://www.blink182-ninespace.com

RIP myspace ⚰️ but our NINEspace lives on. Check it out and maybe we’ll add you in our Top 9 you filthy animals 😘 (link in bio)

Ahead of Nine‘s release later this month, Blink-182 is currently out on a mini fall tour celebrating the 20th anniversary of their hit 1999 album, Enema of the State featuring Lil Wayne and Neck Deep as support aside from festival dates. Tickets and dates for the last few dates of the tour on the band’s website.